NHS providers should be aware of NHS England's recently-announced consultation on the sale of sugary drinks and other products on NHS premises.

Briefly, the formal consultation proposes levying a fee for any vendor of sugar-sweetened beverages (SSB) on NHS premises. It is complementary to the Government’s proposed sugar tax, but would begin sooner – in 2017 – and would cover the full range of sugar sweetened drinks. Subject to consultation the drinks affected would be any drink with added sugar including fruit juices, sweetened milk-based drinks and sweetened coffees.

Proceeds from the fee would be used directly to fund expanded local staff health and wellbeing programmes and/or the trust’s patient charities. It also seeks views on an outright ban on certain products being sold on NHS premises.

The consultation will close on January 18 when feedback will be considered and a decision taken about how this should be taken forward into the NHS standard contract.

Given that most NHS providers (particularly those with PFI schemes) involve commercial retail operations which invariably include coffee shop and retail outlets this proposal is likely to have a direct financial impact on the NHS. For example, change in law provisions under which the PFI Trust is responsible for the impact of NHS specific law mean that, PFI Trusts are likely to have to shoulder much of the burden of this proposal.

If you would like to discuss this in the context of your project or commercial arrangement, please get in touch. 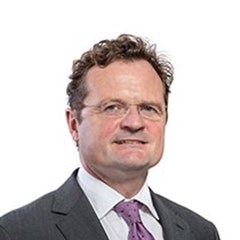