Bevan Brittan has achieved another set of strong rankings in Chambers, the influential independent guide to the legal profession with more than half of firm’s partners achieve rankings and social housing practice continues to achieve national recognition.

The 2019 Chambers Directory shows that among Bevan Brittan’s 55 partners, 30 have been ranked, eight of those at Band One level. The firm has also been ranked Band One in five practice areas (up one from 2018) and has achieved rankings in 13 other practice areas.

Chambers continues to recognise the quality of the firm's legal teams working within healthcare and local government and those advising on clinical negligence matters.

By increasing its ranking in the South West to Band One (up one from last year), the Directory has confirmed the leading status of Bevan Brittan’s social housing team.

In addition, our Social Housing team outside London has been ranked as National Leaders (outside London) – Band Two. The Yorkshire social housing team, that advises a wide range of housing associations, developers and local authorities also has three partners who are ranked Band One individually.

“With more than half of Bevan Brittan’s partnership now included in Chambers’ rankings, this represents a strong overall performance for the firm and demonstrates the overall quality and expertise of our people across a wide number of areas involving both the public and private sectors.

“The Band One rankings across Local Government, Healthcare and Social Housing reflect our leading role in vital regeneration and housing projects across the country, working with local authorities, housing associations and commercial investors.” 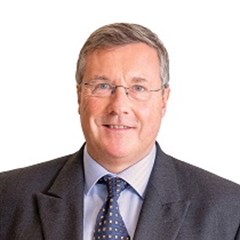