This case was the first in which a court was asked to consider whether it was in the best interests of a patient in a 'minimally conscious state' to withdraw life sustaining treatment.  Mr Justice Baker’s judgment is the most important ruling in the area of withdrawal of artificial nutrition and hydration (“ANH”) since the case of Airedale NHS Trust v Bland [1993] where the High Court ruled that Anthony Bland, a patient left in a permanent vegetative state following the 1989 Hillsborough stadium disaster, should be allowed to die.

In 2003 a woman known as M, then aged 43, fell into a coma on the eve of going on a skiing holiday. It was discovered that she had suffered from viral encephalitis which left her with extensive and irreparable brain damage.  When M emerged from coma, the doctors diagnosed that she was in a permanent vegetative state.

On 16 January 2007, after several years of exploring all options and in the hope that she would recover consciousness, M’s family made an application to the Family Division under the inherent jurisdiction of the High Court seeking a declaration that M lacked capacity to make decisions as to future medical treatment and a further declaration that the doctors may lawfully discontinue and withhold all life sustaining treatment including ANH.

In the course of subsequent investigations for the purposes of the application, it was discovered that M was in fact not in a permanent vegetative state but rather in a minimally conscious state.   A patient in a minimally conscious state is aware to some limited extent of themselves and the environment, but does not have full consciousness.  After extensive further investigation, M’s family decided to proceed with the application which was heard by Mr Justice Baker in July 2011 sitting in the Court of Protection.

The two questions before Justice Baker were (1) whether it is in M’s best interests to continue life sustaining treatment and if so, (2) what her future care management should be?  All parties agreed that the court should deliver a judgment on the first issue and then reconvene at a later date to determine details of the care plan consequent upon the decision whether or not to sustain treatment.

The case put forward on behalf of M’s family was based substantially on what they perceived were, and still are, M’s wishes and feelings in line with the Mental Capacity Act 2005 when determining her best interests. Her family believed that despite not committing it to writing by way of an advanced directive, M was clear that she would not have wanted to live in the condition she is in.  Her sister said in court: ‘She’s got no pleasure in life; her daily routine is just being taken out of bed, put in a chair, showered, then but back to bed. It’s not a life, it’s an existence and I know she wouldn’t want it.”

M was represented by the Official Solicitor who opposed the application, arguing that she was “otherwise clinically stable”. Mr Justice Baker also heard evidence from members of M’s present care staff who portrayed her life in “much more positive terms than those used by members of M’s family”.

After weighing up all the relevant facts, Mr Justice Baker concluded that it is not in M’s best interest for ANH to be withdrawn and refused the family’s application. He emphasised the “importance of preserving life” as the decisive factor in his judgment. Whilst he took the family’s statements as to M’s wishes into account, he did not find that they were specifically directed at the question of whether ANH should be withdrawn from her in a minimally conscious state. He further expressed his reservation as to whether 8 years on, the statements acted as a clear indication of what M would want to happen now.

Mr Justice Baker also did not agree that M’s overall experiences were all negative. Whilst he acknowledged that M does experience pain and discomfort and that her disability severely restricts what she can do, he found that she does have some positive experiences and that there is a reasonable prospect that those experiences can be extended by a planned programme of increased stimulation.  In regard to her future management, he urged all the parties concerned to work together to agree a revised care plan which gives M an opportunity of more positive experiences.

Mr Justice Baker said that the case demonstrated the “crucial roles played by the formal assessment tools” in avoiding misdiagnosis (ie of permanent vegetative state), namely the Sensory Modality Assessment and Rehabilitation Technique (SMART) and the Wessex Head Injury Matrix (WHIM).  He pointed out that M herself was initially diagnosed as being in a permanent vegetative state and stressed that it is “therefore of the utmost importance that every step should be taken to diagnose the patient’s true condition before any application is made to the court”.

Going forwards, Mr Justice Baker said that it is for the courts to carry out a balancing exercise on a case by case basis in respect of deciding the best interests of a minimally conscious patient, with each case falling on its own particular facts and expert evidence.  However, the clear message underlying this ruling seems to be that in the absence of an advance directive, the key stance for the courts will be towards the preservation of life.

This will no doubt draw criticism that there are few people who will be prepared for such an eventuality and will therefore be denied the chance to have their wishes upheld.  This is especially so for those individuals who, like M, were previously healthy and therefore had no reason to make formal decisions in respect of their future medical care.  However, our legal system’s stance towards the preservation of life ensures basic protection of society’s most vulnerable and severely disabled patients in each and every case.

The hearing was heard in open court but subject to a reporting restriction order that prevented identification of M, family members, the care home and its staff.  However Mr Justice Baker said that “the public needs to be informed about how such questions are resolved". 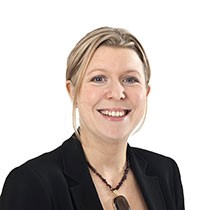