Our sixth Procurement Pitfall is on overly rigid scoring methodology.

Evaluators must ensure that the scores they award within each criterion/sub-criterion can be justified in accordance with the published scoring methodology.

The scoring methodology will usually appear in the Invitation to Tender and the authority will not be able to adjust it after submission of bids.  Problems can arise from scoring methodologies that are too rigid and that do not allow evaluators sufficient discretion in the scoring of bids.

In our first example (taken from a UK Court case[1]), the authority’s scoring methodology for quality was as follows:

The Court interpreted the definition for a score of zero as meaning that any failure to meet the authority’s requirements must score zero – even if the parts of the response that did meet requirements were of high quality.  The Court acknowledged that to score zero, the failure must be significant or material, however the Court commented that it was easy to see how difficulties could arise with such a rigid scoring scale.

Such difficulties did indeed arise in this case.

The Court effectively carried out a re-scoring exercise and made reductions to the scores awarded by the authority to the winning bid as follows:

What should the authority have done?

In the above case, there were a number of problems with how the authority carried out the evaluation and the difficulties were made worse by the fact that the evaluators did not have clear notes to justify the scores they had awarded.

However, authorities might consider using a scoring methodology that gives their evaluators more flexibility and discretion in how scores are awarded.  One example is as follows:

The above is a very flexible scoring scale and if used it is important to:

Another example is a specification being broken down into numerous sections and sub-sections with bidders asked to respond to each section and sub-section with a separate weighting (in many cases of 1%) allocated for each.

This type of approach may lead to:

What should an authority do?

We suggest a more flexible approach with a carefully defined set of criteria and sub-criteria that make it clear to bidders what the authority considers is important for the performance of the contract and what the authority wishes to assess – together with appropriate weightings and sub-weightings.  However, the authority should resist too granular an approach unless the authority is clear that this is required. 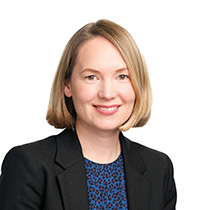