The Competitive Dialogue (CD) procedure and the Competitive Procedure with Negotiation (CPN) are the two most common procurement procedures that are used when the authority may need to negotiate with bidders.  This article sets out two of the most common mistakes made by authorities when negotiating under one of this procedures.

Close of the negotion phase in CPN

Our first example illustrates the risks of closing the negotiation phase of a CPN[1] before all material aspects of a bidders’ proposals are understood by the authority.

Due to the limitations of the CPN, which prevents negotiations with the preferred bidder[2], the authority was unable to negotiate with the winning bidder to reduce the price. This left the authority with a number of options: award a contract without further negotiation at an unattractive price; negotiate with the winning bidder in a way not permitted under CPN; reopen negotiations with all bidders; re-run the procurement – all of which came with some procurement and/or commercial risks.

This example Illustrates the importance of the authority having a clear understanding of the material aspects of bidders’ proposals before closing negotiation phase, to ensure that there are “no surprises” when the final tenders are submitted.

One way of doing this is through the bidders submitting a ‘draft final tender’ during the negotiation phase.

The idea is that a draft final tender would be a near final form of a bidder's final tender. The authority could then provide any feedback regarding any areas that require further work before the negotiation phase is closed.   This feedback would not be a formal evaluation.  If necessary, further negotiations could be conducted with bidders if any significant areas were identified in the draft final tender that required further development.

This draft final tender process would obviously involve a slightly longer negotiation phase, although the impact could be minimal if the draft final tenders do not reveal any areas for significant further work.  On the face of it, this additional time may be unattractive to an authority when working to a tight procurement timetable. However, it is often the case that the delay caused by any procurement issues that arise from closing the negotiation phase too early is longer than the additional time that would have been needed during the negotiation phase.

Negotiation and evaluation of contract mark-ups

Our second example relates to how a bidder’s proposed amendments to contract documents are negotiated and evaluated under a CD or CPN.

In both CD and CPN it is common to allow bidders to negotiate with the authority during the negotiation/dialogue phase on the contract documents proposed by the authority.  The bidders then submit their proposed amendments to the contract (often referred to as “mark-ups”) as part of their final tenders.  A common method of evaluating these mark-ups is by reference to the impact a bidder’s proposed amendments would have on the risk profile of the contract.

In this example, the authority was concerned that a bidder might submit a contract mark-up that was so fundamentally unacceptable to the authority that the authority would not be prepared to enter the contract on that basis.  To address this (understandable) concern, the authority included a pass/fail threshold whereby a score of ‘0’ for an “unacceptable” mark-up would result in the bidder being automatically excluded from the procurement. Following submission and evaluation of the final tenders, the authority deemed that a particular bidder would score a ‘0’. This score was based, in part, on amendments which the bidder had not raised with the authority during the negotiation phase. The bidder was excluded as a result of scoring ‘0’.

The excluded bidder complained, with arguably some justification, that there was insufficient transparency in the pass/fail threshold in terms of what would be considered an “unacceptable” mark-up.

It can be difficult for an authority to define with sufficient transparency in the evaluation methodology what is meant by an “unacceptable” mark-up, as this could involve a wide ranging set of factors and drafting possibilities. Any attempt to describe such factors and possibilities in a pass/fail threshold could also fall foul of the problems described in our separate Procurement Pitfall 3 regarding overly prescriptive threshold requirements[3].

An alternative approach of providing some transparency regarding what is or isn’t “unacceptable” is through the negotiations with bidders during the negotiation/dialogue stage.

The authority has a wide margin of discretion regarding how it conducts the negotiation/dialogue stage, so it may be possible to negotiate different contract amendments with each bidder, subject of course to the general principles of transparency, equal treatment, non-discrimination and proportionality.  It follows that how a contract mark-up is deemed to be “unacceptable” might differ from bidder to bidder, so the feedback provided to each bidder during negotiations/dialogue on this assessment could also be specific to that bidder’s proposed amendments.

The authority should ideally refrain from closing the negotiation/dialogue phase until it has reached a common understanding with each bidder of the material aspects of that bidder’s contract mark-up including whether any amendments would likely be deemed as “unacceptable” by the authority.   If the authority does identify any problematic amendments, then the bidder and the authority could then negotiate to reach a mutually acceptable position. Alternatively, if the bidder chose to ignore the authority’s feedback, and submitted amendments that it had already been advised would be viewed as unacceptable, it would be difficult for the bidder to then argue a lack of transparency if it was subsequently excluded as a result.

There are a number of practical methods that the authority could use to implement this approach and provide the requisite transparency:

The authority must also ensure that it complies with its obligation to treat bidders equally in how it communicates and applies this pass/fail threshold. This is particularly important if (as would likely be the case) the concept of “unacceptability” will be measured against proposed amendments that are unique to each bidder.  So, for example, the authority must ensure that it adopts a consistent position across all bidders regarding which aspects of the contract are negotiable and which are not.  The authority should also consider if/how bidders can be kept informed of common themes that can be applied to determining whether a mark-up is unacceptable, for example any minimum acceptable positon on a particular clause. 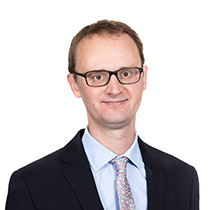 I am a procurement lawyer providing advice on commercial and...