The Supreme Court has handed down judgment in Poole Borough Council v GN [2019] UKSC 25, giving a decision that summarises the circumstances where a Local Authority can be considered to owe a common law duty of care when carrying out statutory functions.

The appeal was brought on behalf of two children and concerned an earlier decision holding that the Local Authority was not liable for failing to protect those children from harm caused by third parties.  The Claimants and their mother were housed by the Local Authority in May 2006. One of the Claimants is severely disabled, requiring a care package which was provided by the Local Authority through its child health and disability team, together with a social worker, and extensive adaptions being made to the home. Shortly after being housed, a core assessment of the older child’s needs was made in November 2006.

The Claimants and their mother were housed next to a family who were known to the Local Authority to have been the source of anti-social behaviour. Following being housed, the Claimants and their mother began to receive extensive abuse and harassment from the neighbouring family (including vandalism, attacks on their home, threats of violence, verbal abuse and physical assaults). Despite the various measures taken against the neighbouring family, the campaign of harassment continued. The younger child began to express suicidal ideas in 2008 and in 2009 ran away from home leaving a suicide note. After receiving psychotherapy from the Local Authority, the younger child was eventually subject to an investigation under s47 of the Children Act 1989 and was made subject of a child protection plan. The Claimants and their mother were eventually re-housed in December 2011. It is alleged that the harassment which the children experienced caused them physical and psychological harm, and that the Local Authority were liable for this harm since it owed a common law duty of care when carrying out its statutory functions under the Children Act 1989.

The Supreme Court dismissed the appeal on the basis that the claimants had no arguable claim as the common law duties they asserted were not owed to the Claimants.

However, the judgment did outlined the following principles when considering if a public authority might owe a duty of care:

Considering the particular facts presented in this case, the court did not agree with the Claimant’s assertion that in carrying out the investigation, assigning social workers and carrying out needs assessments, the Local Authority had assumed responsibility to protect the children from harm. The judgment outlines the following reasons why such a responsibility was not assumed:

The three stage test of “foreseeability, proximity and fairness” in Caparo Industries v Dickman [1990] 2 AC 605 stands good. In applying the test the Court agreed that the Local Authority on the specific facts of this case does not owe a common law duty of care. The Court effectively therefore declined imposing any common law duty of care across the statutory system for the protection of children at risk.

The impact of such a duty would have been to agree that the Local Authority should have sought to remove the children under the Children Act 1989 to protect them from the wrongdoing of the third party involves (the anti-social neighbours). This would be in the context of a mother who loved and cared for her children and for whom there were no child protection concerns. The Court does not deny that the various agencies involved such as housing and police are not blameworthy but that to seek a care order from the Family Court to overcome problems caused by neighbours was tantamount to an abuse of the process of the Family Court. 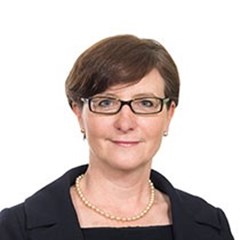