Back in March I penned an article which looked at commercial rent solutions during the lockdown. The backdrop to the article was the introduction of the Coronavirus Act 2020 and, specifically, the temporary moratorium to prevent landlords of commercial premises from evicting tenants that had failed to pay the rent due under a lease. The speed at which the Act had been introduced was matched only by the extent of the glaring gaps in the protection which it offered to tenants. Landlords retained all of the other weapons in their arsenal to ‘shake’ money out of tenants who had failed to pay their way. And herein lies the problem. By removing the threat that they would lose their premises many tenants, who retained the means to make payment of the rent to their landlords, instead took the calculated risk that their landlord would simply put up with the current situation. However, a small proportion of landlords, either because they needed to be seen to take a stand or because their own financial situation demanded it, have understandably utilised other means of enforcing payment by bringing insolvency proceedings against their tenants. As there is no legitimate defence to such a claim, the action is often the end of the road for the tenant’s business.

It is against this background that the Government has sought to make good on the deficiencies of its earlier work. In a recent press release, more new, temporary measures have been announced to “protect UK high street from aggressive rent collection and closure”. The inconsistent use of terminology throughout the four page announcement raises as many questions as it answers. Hopefully, those who draft the Corporate Insolvency and Governance Bill will clarify whether the protection is intended to apply to: just the “UK high street” (howsoever defined); “UK high street shops and other companies under strain”; or all businesses “where the company’s inability to pay is the result of COVID-19”. I suspect the intention is to protect the latter, and that the phrase “UK high street” will not actually appear in the draft bill (well, fingers crossed!).

However, this raises another obvious problem. How can a landlord objectively assess whether:

It can’t. So it is safe to bet that yet further unintended consequences will arise.

The announcement indicates that the Government also intends to curtail a further remedy available to landlords – the commercial rent arrears recovery procedure (CRAR). Broadly speaking, CRAR allows a landlord to enter upon the tenant’s premises after 7 days’ notice and to seize goods to the value of the debt. It is seldom used because a recalcitrant tenant has sufficient advance warning to be able to remove from its site any stock of value and put it beyond reach of the landlord. Under the proposed new legislation, CRAR will only be available where a landlord is owed 90 days’ of unpaid rent. Given that rent is payable quarterly (i.e. every three months) under most leases, the proposed amendment is likely to be of little practical effect.

The inescapable conclusion is that the most common methods of recovery (namely suing for the debt, pursuing a guarantor and drawing down on a rent deposit deed) have been overlooked by the Government’s recent proposals and that the new protections will offer too little protection to too few businesses. Although the Government has, undoubtedly, leapt into action to protect jobs, businesses and the wider economy with its other measures, it needs to ensure that its headline proposals do not overlook those who need help the most or undermine the spirit with which the proposals are made. The key to unlocking the present conundrum appears to be improving liquidity via the slowly deployed Coronavirus Business Interruption Loan Scheme (CBILS) and to limit the other, more common means by which a landlord can bring pressure to bear on its tenant.

Following the release of this article, the Chancellor has announced that there will be a roll-out of a taxpayer-backed ‘microloan’ scheme for small businesses during the week commencing 4 May 2020. Though it should go some way to improving liquidity, the funds are intended to be used to help businesses meet all of their outgoings. However, unless the Government takes further interim steps to protect tenants, landlords will retain the ability to sue tenants for payment resulting in some companies still going bust. As a consequence, the taxpayer will have to pick-up the bill where tenants have had the benefit of a microloan but have, nevertheless, been subject to enforcement by their landlord. 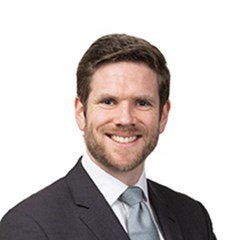 I am a Property Litigation partner. I am regularly instructed...