In this personal injury case Mr Justice Mann the appeal judge, overturned the lower court’s refusal to set aside the limitation period. By finding the Claimant culpable for delays which were beyond his control, the lower court had wrongly exercised its discretion and “exceeded the generous ambit within which a reasonable disagreement is possible.” When looking at the matter afresh, Mann J found that a correct weighing of the balance of prejudice between the parties would have led to the opposite decision. A fair trial could still proceed and there was insufficient reason to refuse to disapply the limitation period, so the claim was allowed to continue.

The Claimant developed pleural thickening as a result of his occupational exposure to asbestos, whilst employed by the Defendant as a roofing contractor from 1959 to 1971/2.  He first acquired knowledge of his disease on 21 November 2008. He instructed solicitors in March 2009 who despite conducting reasonable enquiries, did not identify an insurer for the Defendant, a dissolved company.

By chance on 2 September 2014, an Employer’s Liability Tracing Office (ELTO) search on a different claim identified the correct Defendant’s insurers’ details, following an update of the ELTO database.  A Letter of Claim was sent to the Defendant‘s insurers in March 2015, on 28 July 2017 the Claim Form was received by Portsmouth County Court, but was not issued until 5 September 2017.

The Claimant should have commenced his claim before limitation expired on 21 November 2011.

The first instance Judge, wrongly in Mr J Mann’s view, found the Claimant culpable for the delay between March 2009 and September 2014.

Appeals from the exercise of judicial discretion are often perceived to be difficult, being constrained as they are to a decision which “betrays an error of principle, takes into account an irrelevant factor or fails to take into account a relevant one.”

The decision demonstrates the importance to Defendants when challenging limitation in a personal injury action, to be able to demonstrate clear prejudice, such as by evidence being lost during the period of culpable delay.

Mann J was critical of the Claimant’s solicitors conduct after September 2014 and warned “If there had been any evidence of additional prejudice to the Defendant arising out of that last period of delay, my decision would probably have been different”. He said that Claimants’ solicitors cannot “just become lazy” on the footing that their delay will not further prejudice Defendants. 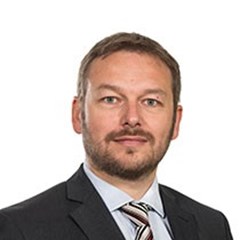