This important case concerns the compatibility of the adjudication and insolvency set-off regimes. In what is likely to be one of the most significant judgments of the year, the Supreme Court has confirmed that insolvent companies involved in disputes arising under a construction contract have an unfettered right to refer disputes for adjudication.

This judgment is significant in the context of construction insolvencies as it readdresses a previously unbalanced relationship that was seen to favour solvent construction companies by acknowledging the importance of administrators and liquidators being able to recover debts owed to insolvent companies using all available mechanisms.

In a first instance decision dated 31 July 2018, Fraser J sitting in the Technology and Construction Court granted an injunction to restrain an adjudication brought by Bresco, making it impossible for insolvent companies and insolvency practitioners to use adjudication to recover sums due to the insolvent estate for the benefit of creditors.

The Court of Appeal had found that whilst an adjudicator would have jurisdiction to determine a dispute referred by an insolvency party, there was a fundamental incompatibility between insolvency set-off and adjudication. Coulson LJ (a former Judge in Charge of the TCC) refused Bresco’s appeal stating:

“given that they had been in liquidation for 3 years by the time of the reference and Lonsdale had a cross-claim, it was neither just nor convenient for the adjudication to continue. The adjudication was properly described as ‘an exercise in futility’.”

Whilst acknowledging the trenchant views expressed by experienced TCC judges, the Supreme Court has now reversed the first instance and Court of Appeal decisions with an emphatic statement that insolvent companies shall no longer be deprived of their right to adjudicate.

In reaching this conclusion, the Supreme Court has held that the insolvency set-off rules (currently set out under Rule 14.25 of the Insolvency Rules) do not supplant pre-existing contractual claims so that those claims evaporate on insolvency and are replaced by a net balance claim.   Such contractual claims continue to exist and an adjudicator will have jurisdiction to decide them. Furthermore, adjudication is widely recognised as an effective means of resolving disputes in the construction industry and its use should also be encouraged in the insolvency context.

“construction adjudication is semi-compulsory. That is, the parties are not required to adjudicate every dispute. Rather each party is given a statutory and contractual right to require an adjudication of any dispute, including difference, which may arise under a construction contract, and to do so at any time, even after the contract has been fully performed or come to an end, whether by effluxion of time or discharge, including discharge by breach.

[…] that right is conferred upon every legal person who or which is, or was, a party to a construction contract (as defined). There is no exclusion of particular types of person, such as a company in liquidation....”

The Supreme Court also acknowledged that even where an insolvent party obtains an adjudication decision in its favour, it may still face difficulties enforcing that decision although those issues should be left for the enforcement stage. In particular liquidators are likely to be required to undertake that they will keep the proceeds of any adjudication enforcement separate from other assets of the insolvent and provide security in respect of the costs of the enforcement proceedings. However, there are many circumstances where the adjudicator’s decision will unlock wider disputes between parties and pave the way for settlement.

“… once it is appreciated that there is jurisdiction under section 108 in such circumstances, is that the insolvent company has both a statutory and a contractual right to pursue adjudication as a means of achieving resolution of any dispute arising under a construction contract to which it is a party, even though that dispute relates to a claim which is affected by insolvency set-off. It follows that it would ordinarily be entirely inappropriate for the court to interfere with the exercise of that statutory and contractual right. Injunctive relief may restrain a threatened breach of contract but not, save very exceptionally, an attempt to enforce a contractual right, still less a statutory right.”

It is an unfortunate consequence of the current economic climate that many construction business may face financial difficulties leading to administration or insolvency in the face of COVID-19 and ongoing government restrictions. Those businesses may benefit from access to adjudication as the courts will be slow to grant an injunction to prevent a party exercising its contractual or statutory right to adjudicate in order to recover sums due to it.

This judgment will likely impact the number of insolvency practitioners seeking to use adjudication as a means of debt recovery in the months and years to come. This is perhaps even more so, given the consequences of COVID-19 for the industry together with the continuing uncertainty around how the UK will exit the EU.

I specialise in construction law and practice providing advice to... 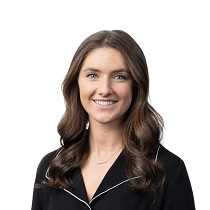 I am a dispute resolution lawyer working within the firms’...