Liability was admitted by the Trust for the delayed diagnosis of cervical cancer, which resulted in the Claimant having to undergo chemo-radiotherapy and being unable to conceive naturally. Prior to the treatment, she had 8 eggs collected and frozen. The Claimant and her partner wanted to have four children. It was considered probable that, through surrogacy arrangements, they could have two children using her eggs and his sperm; but for the other two, donor eggs would be required using surrogacy arrangements in California on a commercial basis. If this was not funded she intended to use non-commercial arrangements in the UK.

At first instance, the Judge held that, following Briody v St Helen’s & Knowsley Area Health Authority [2000] EWCA Civ 1010; [2002] QB 856 (“Briody”), he was bound to reject the claim for commercial surrogacy in California as contrary to public policy, and to hold that surrogacy using donor eggs was not restorative of the Claimant’s fertility. In Briody, Lady Justice Hale (as she then was) held that ordering the defendant to pay the cost of surrogacy in California, where commercial surrogacy was legal, was “contrary to the public policy of this country” and therefore “it would be quite unreasonable to expect a defendant to fund it”. She further held that a child obtained by donor egg surrogacy was “not in any sense restorative” of the Claimant’s position before she was injured, in that “it is seeking to make up for some of what she has lost by giving her something different. Neither the child nor the pregnancy would be hers”.

However, it was held that damages could be awarded to XX for two own-egg surrogacies in the UK. The Claimant appealed against the denial of her claim for commercial surrogacy and the use of donor eggs. The Trust cross-appealed against the award for the two own-egg surrogacies. The Court of Appeal dismissed the cross-appeal and allowed the appeal on both points. The Trust appealed to the Supreme Court.

The law on surrogacy

The legal position in the UK is that a woman who gives birth to a child is the legal mother, even if the child was born as a result of a surrogacy arrangement between the birth (surrogate) mother and a ‘commissioning’ family. Legal parenthood can only be obtained by a commissioning family by applying for a parental order after the child has been born. The court must be satisfied that no money or other benefit (other than reasonably incurred expenses) has been given or received by the commissioning family in relation to the surrogacy or the order for making the arrangements, handing over the child, giving agreement, or making the order, unless authorised by the court[i].

Conversely, in California, commercial surrogacy arrangements are legal and binding and a pre-birth order can be obtained confirming the commissioning parents’ legal parenthood.

Decision of the Supreme Court

The appeal by the Trust raised three issues:

By a majority, the Supreme Court dismissed the appeal. The leading judgment was given by Lady Hale, who revisited the decision made by her younger self in Briody.

The first two points were unanimously answered in the affirmative, the Justices being influenced by changes in societal attitudes toward surrogacy; the changes in the legal framework of surrogacy (and also of what constitutes a family more generally); as well as the medical progress of assisted reproduction since Briody. Furthermore, Lady Hale accepted that her previous decision that surrogacy using donor eggs was not truly restorative of what the Claimant had lost was “probably wrong then and is certainly wrong now”. Therefore, it was held that, as long as prospects of surrogacy success are reasonable, and that there are clear indicators that a claimant intended to pursue surrogacy, there was no reason why the cost of own-egg surrogacy could not be recovered.

The third point proved more controversial. The starting point was that UK courts will not enforce a foreign contract if it would be contrary to public policy. However, most items in the bill for a surrogacy in California could also have been claimed if it occurred here. Furthermore, damages would be awarded to the commissioning parent and it is not against UK law for such a person to do the acts prohibited by section 2(1) of the 1985 Act (however, the court hearing an application for a parental order might refuse retrospectively to authorise the payments.) Lastly, the Law Commission have proposed a surrogacy pathway which, if accepted, would enable the child to be recognised as the commissioning parents’ child from birth[ii]. Therefore, given the developments that have taken place since Briody, awards of damages for foreign commercial surrogacy were no longer considered contrary to public policy. However, this was subject to the following limiting factors:

However, Lord Carnwath (with whom the new President, Lord Reed, agreed) dissented on this third point. He considered that there is a broader principle of legal coherence, which aims to preserve consistency between civil and criminal law. He stated that:

“It would in my view be contrary to principle for the civil courts to award damages on the basis of conduct which, undertaken in this country, would offend its criminal law.”

The ruling is clearly significant for Defendants and Claimants and we are likely to see the limiting factor of ‘reasonableness’ tested on both sides. We suspect that this ruling will mean more claims in respect of foreign commercial arrangements and, given the fact that the Californian regime is one of the more well established (and costly) in the world, it is likely that Claimants will often wish to claim damages in respect of arrangements made there. This is likely to result not only in significant inflation to damages awards in surrogacy cases, but also a significant increase in the legal costs associated with these cases, as Claimant lawyers seek to carry out thorough investigations into the practicalities, costs and logistics of Californian arrangements so as to put in evidence of the reasonableness of the same; and Defendants seek to carry out the same investigations to show that such arrangements are not reasonable or at least that there are other reasonable alternatives. Evidence from local Californian surrogacy lawyers and agents will possibly become a feature of these cases.

Perhaps the most troubling aspect of this Judgment, however, is not the inconsistency pointed out by Lord Carnwath, nor whether a progressive majority of the Supreme Court has gone beyond what the legislature has been prepared to sanction in terms of commercial surrogacy, but rather the fact that it will potentially require Judges to make normative judgements about the relative merits of the reasonableness of differing surrogacy jurisdictions. While it might be possible for a Judge to find that damages can be awarded for arrangements made in California, arrangements made in other jurisdictions such as Georgia, Nigeria or Ukraine might (and no judgement is passed here about the arrangements in those jurisdictions) be less able to protect the interests of the parties concerned and therefore may be found wanting under the reasonableness test. But is it really desirable for Judges in England and Wales to have to make that assessment at all? There is something at least a little uncomfortable about a Judge in an individual piece of litigation in this country, with limited evidence before him or her, all directed to further the interests of the parties to that specific litigation, having to make much broader findings about other countries’ local responses to a particularly difficult social, legal and moral question about which people – and, indeed, national governments – have such deeply held and differing views. Whatever one’s opinion on the rights and wrongs of commercial surrogacy and whether there should be further liberalisation and legislative reform in this area, the decision in XX appears to ask our judges to step into sensitive areas that perhaps they will not be entirely comfortable with.

[ii] The Law Commissions’ consultation period is now closed and a final report with reform recommendations and a draft Bill, is expected in early 2022. 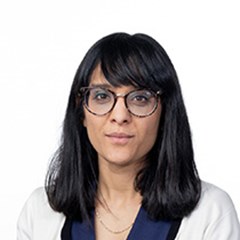 I specialise in defendant clinical negligence working on a broad...