There is growing frustration among local authorities that while the number of homeless people remains stubbornly high, there are still thousands of homes lying unoccupied.

Latest statistics for England show 280,000 people are homeless (source: Shelter), while the number of empty homes stands at more than 648,000 (source: MHCLG), of which 225,845 have been empty for longer than six months – and therefore defined as ‘long-term empty properties’.

Some authorities have said the problem is having a serious impact on the viability of communities, that ‘enough is enough’, and have set aside money for enforcement action.

Authorities have a range of available powers to bring empty homes back into use. These include Empty Dwelling Management Orders (‘EDMOs’) and other measures to secure the improvement of empty properties, Council Tax exemptions and premiums, compulsory purchase and enforced sales.

As a first step, housing departments may consider invoking EDMOs, a discretionary power aimed at bringing empty private sector property back into use - but this route is now rarely used, mainly because a home now has to be empty for two years rather than six months before an EDMO can be issued.

Increasingly, therefore - especially when a property is dilapidated and the owner has refused to carry out renovations to bring it back into use - many local authorities’ preferred legal route is now an enforced sale.

Many laws, including the Public Health Act 1936, allow a council to serve a notice on an owner of property demanding that the owner carry out repair or improvement works. If the owner refuses to comply, the council can carry out and pay for the work itself.

Any notices that have been served on an owner, which result in the local authority completing work on the property in default, will incur a land charge. If the incurred costs are not paid, the council may impose a local land charge and subsequently register a legal charge on the property. In the event the owner refuses to pay for the costs of the works then the debt owed to the local authority can be registered as a Local Land Charge by virtue of the Local Land Charges Act 1975.

In the event the owner of the property fails to pay for the costs of the works then the Law of Property Act 1925 enables local authorities to recover charges and debts owed to it through the sale of a property, just as a mortgagee in possession would do.

For the local authority, this is a ‘win-win’ situation with both social and financial benefits. The local authority has repaired a derelict property and brought it back into use as a much needed dwelling; public money used for the repairs have been recovered; and the new owner will in most cases be paying council tax.

The local authority can also take advantage of the New Homes Bonus Scheme. Under the scheme the government match the council tax raised for each property brought back into use for a period of four years.

Inevitably, complications may arise around issues including Land Registry, proof of property ownership and any outstanding mortgages or loans. However, the enforced sale process is relatively straightforward – and has considerable benefits for local authorities.

The Government is under pressure from organisations including Action on Empty Homes to increase local authority powers to further tackle the problem of long-term empty properties.

In October 2020, the Welsh Government announced it wants to reform compulsory purchase powers - meaning any landlord with a long-term empty property in the region is at risk of having it seized if current consultation proposals become law.  However, no similar announcements have been made elsewhere in the UK. 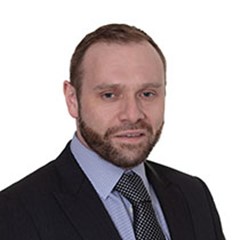 I am a commercial property lawyer with 20 years’ experience....