The consultation proposals issued by the Care Quality Commission (CQC) as the next phase of its regulation of health and social care could have significant implications for all players in the health service market and particularly independent providers, according to Bevan Brittan.

The proposals include “improvements to the structure of registration and CQC’s definition of ‘registered providers’”.

This would mark a major shift and involve regulating intermediate and ultimate parent corporate entities within groups, so that they themselves are registered and subject to inspection and potential enforcement, in addition to the operating entity.

“The potential implications of this are enormous,” Carlton Sadler, at Bevan Brittan, said.  “To date, CQC has largely been restricted to exercising its powers within the boundaries of individual provider corporate entities.    It is not uncommon, for example, for care homes in a group to each be registered under the name of distinct individual subsidiary companies, meaning that each entity is registered, inspected and regulated separately.  But now, in addition to that, it is proposed that other controlling entities in the group would also fall under the scope of regulation, making it easier for CQC to take co-ordinated action in relation to what it considers to be systemic, group-wide, issues".

“This would hugely increase accountability up through the chain.  Parent companies in group structures could face being subject to registration, inspection and enforcement (including potential prosecution).  In this context it is also worth remembering that CQC prosecutions, although primarily focussed on entities, can also be brought against directors in some circumstances”.

However, in its consultation proposals CQC says that those with a purely financial role such as investors as long as they that do not “exert significant influence over the quality and safety of services” would not be required to register.

“The question here is what constitutes ‘significant influence’,” Carlton Sadler said.  “The Consultation provides some guidance, but investors who are involved in or who influence service decisions may be at risk of being caught, depending on internal group constitutional arrangements .”  It should be noted, however, that CQC can only regulate entities in England, and overseas companies will be outside the scope of this extended remit.

The Consultation adds that CQC is also considering a move towards overall provider-level quality ratings across whole groups for "some or all sectors".

“The prospect of entire groups being labelled ‘Inadequate’ or 'Requires improvement' will surely send shivers through executives” Sadler added.

Alongside these proposals, there are also extensive changes proposed to the Fit and Proper Persons Requirement (FPPR) in terms of CQC putting the onus on providers to investigate concerns about directors.  In addition, there is a wider definition of what CQC considers to be ‘mismanagement’ (including, for example, failure to learn from incidents, the suppression of report findings which comprise the organisation, and victimisation of staff raising legitimate concerns), and ‘misconduct’ as well as guidance as to when this should be considered sufficiently ‘serious’ to warrant removal from post.

Whilst the proposals would have the greatest impact on independent providers, there could also be implications for NHS providers involved in some ‘new models of care’ where they have entered into partnership or joint venture arrangements.  The regulation of that new model of care may not be confined to the separate vehicle set up to run it, and may apply upwards through the chain to include the Trust and private partners.

Carlton Sadler commented: “There are implications for all parts of the health market from these proposals.  The consultation period is also quite short – closing on 8 August – so it’s important that organisations study the proposals closely and make sure their voice is heard if they have views on what is being proposed.” 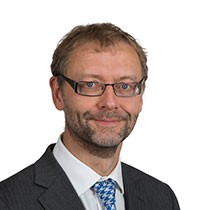