The managing partner of Bevan Brittan has expressed his pride at the latest legal rankings released this week in which the national firm was named in the highest bracket in 13 areas, improved or maintained its rankings everywhere else and had more individual lawyers recognised than ever before.

The firm’s growing reputation saw it placed in the Top Tier in the Legal 500 rankings for 2023 across all four of its offices, with seven leading positions in the South West, three in Yorkshire, two in London and one in the Midlands.

Bevan Brittan’s team was also listed in a further 36 practice areas, gaining five new rankings, improving its ranking overall in five categories and maintaining its position in all others.

Top Tier rankings came in London for the firm’s Healthcare and Local Government teams, in the West Midlands for Clinical negligence: Defendant and in Yorkshire for a trio of areas: Health, Local Government and.

They were joined in the Hall of Fame by Julian Hoskins, an employment expert based in the firm’s Bristol office, and Adrian Dagnall, a personal injury and clinical negligence specialist acting on the defendant side.

A further 21 lawyers were listed in the elite Leading Individuals category across all four offices in Birmingham, Bristol, Leeds and London.

Managing Partner Duncan Weir said: “These are an excellent set of rankings which once again show the strength and depth we have to offer our clients in our teams covering our existing and emerging markets right across the country.

“This is recognition that everyone at Bevan Brittan deserves and shows that we continue to go from strength to strength in developing a high quality team and respected business which is capable of attracting and retaining the very best people in the industry.”

The announcement is the latest positive news from the firm, which recently confirmed that it had exceeded £60m in revenue for the first time in 2021/22, its ninth consecutive year of growth, and said it was considering mergers and bolt-ons should the right opportunities arise.

Bevan Brittan also announced in May that it had promoted 10% of its lawyers, with 32 colleagues successful across its four offices, including five new Partners, a new Legal Director, 13 Senior Associates and 13 new Associates. 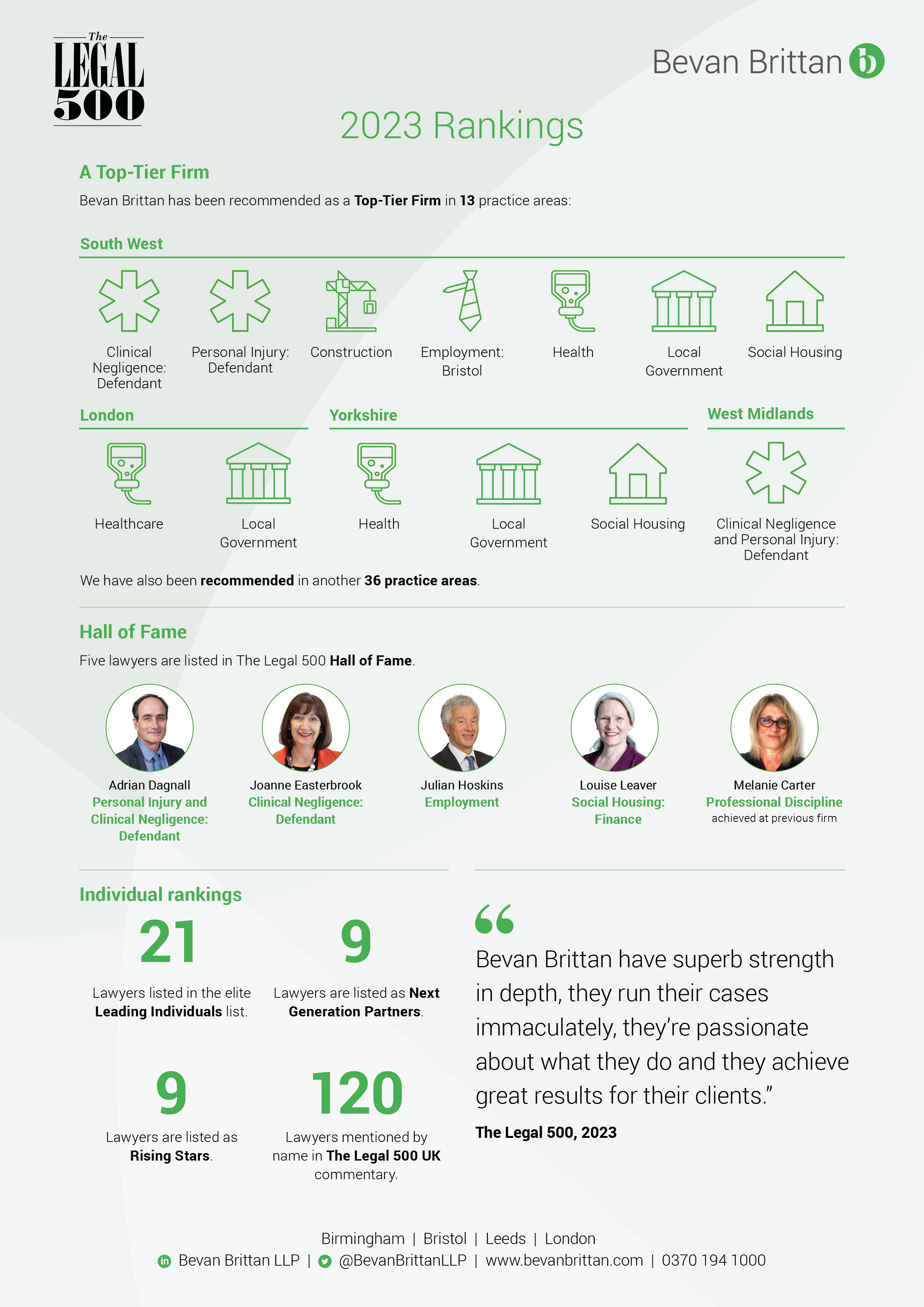