The courts call for mortgage providers to spell out the risks of making deliberately false statements in mortgage application forms.

In the recent case of the Serious Organised Crime Agency v Athos Thanos Pelekanos (2009) the High Court was asked to make a civil recovery order under Part 5 of the Proceeds of Crime Act 2002 (POCA) on the basis that a number of properties were obtained through unlawful conduct.

The Serious Organised Crime Agency (SOCA) alleged that the defendant was guilty of drug trafficking, money laundering and making deliberately false and dishonest statements about his level of income on mortgage application forms.

The Court found that, whilst he was not guilty of drug trafficking or money laundering,  the defendant had deliberatly lied about his level of income on mortgage application forms and, as a result, had been guilty of making deliberately false and dishonest statements.  The Court further confirmed that the portion of the property acquired as a result of such mortgage fraud was recoverable property within the meaning of POCA.

In his concluding remarks the judge stated that the case illustrated the breadth of application of the civil recovery legislation and pointed out that, "as the law stands, any person, however otherwise law abiding, may be the subject of a civil recovery order if he makes a deliberately false statement in a mortgage application form".  He went on to state that it was desirable for mortgage providers to spell out this possible consequence of a misstatement in their application forms.

Due to evidence that mortgage fraud is increasing, the FSA has committed itself to reducing fraud in this area.  As a result of heightened awareness in this area of financial crime and the comments made in this case, it seems likely that there will be an increasing obligation on mortgage providers to make it clear in their mortgage applications what the consequences of making misstatements could be.  Indeed, it also seems sensible for providers of financial services to take a similar approach with other financial products. 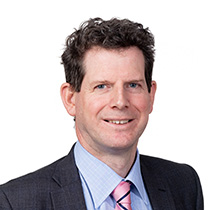