Who will be caught by the scheme?

Any organisation which is a counter signatory to an electricity bill and:

Once an organisation has qualified for inclusion in CRC, it will be covered for all its energy use emissions from all sources except transport.

There are a limited number of exemptions from the scheme and they relate to organisations that are already participating in other emissions trading schemes such as Climate Change Agreements and the EU Emissions Trading System.

During the period 1 April 2010 to 30 September 2010 all qualifying organisations must:

Failure to do so will result in a £5,000 fixed fine and a further fine of £500 for each subsequent working day it fails to register.

What will happen in practice?

The CRC begins with a three year introductory phase from April 2010 to April 2013. Each participant in the CRC will have a set amount of allowances allocated to it (the “cap”) and will then depending on its emissions have to either purchase further allowances or be able to sell excess allowances to other participants (“trade”).
Organisations that meet the criteria to participate will:

What should organisations be doing now? 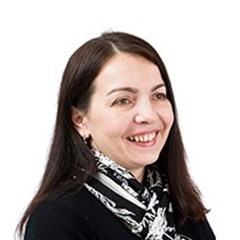 I specialise in complex contracting and partnering arrangements (with or...