Hip replacements are currently performed in approximately 70,000 patients a year in the UK and 1,250,000 worldwide (1). However, in recent months, the news has been full of stories about the fears of faulty ‘toxic’ hip replacements.

The concerns surround ‘metal-on-metal’ devices, where the metal mixtures used contain chromium and cobalt.  It has been said that as the hip replacements wear down, there is a risk that metal particles can be released from the artificial hip, react with the soft tissue surrounding the joint and enter the bloodstream.  This can result in raised levels of chromium and cobalt in the blood, loosening of the joint, hip fracture and soft tissue reactions around the hip.

This is not a new issue, and in May and September 2010, the UK regulator, the Medicines and Healthcare products Regulatory Agency (MRHA) issued two Medical Device Alerts on hip replacement implants manufactured by DePuy International Ltd.  The later alert set out advice to stop implanting the DePuy ASR hip replacements, and to return any unused implants to the manufacturer (2). Clinicians were also advised to inform all patients implanted with the ASR hip replacements about the recall and schedule them for a review.  Beyond this, clinicians were advised to:

It was said that if necessary, removal and replacement of the original implant should be considered. At this stage it was recommended that patients only needed to be monitored for a minimum of five years after their operation.

Guidance was issued in February 2012 updating the previous advice. It was advised that as a precaution, surgeons and doctors should annually monitor patients for the lifetime of their metal-on-metal total hip replacements that are sized 36 millimetres or more, because this particular type of hip replacement has a small risk of causing complications in patients. This updates the previous advice that patients with this type of hip replacement need only be monitored for five years after their operation.  It was felt that by monitoring patients every year, any complications will get picked up earlier and more complex surgery on the patient can be avoided.

New guidance was issued to surgeons on 2 April 2012 following more recent, other concerns (3). The guidance advises surgeons to stop using a particular combination of metal-on-metal total hip replacements, due to the high revision rate compared with other implants. The MRHA has also advised surgeons to closely monitor patients who already have this combination of implants.  Information from the England and Wales Joint Registry (NJR) is said to show that ‘Mitch TRH cup/heads, made by Finsbury Orthopaedics, used in combination with Accolade femoral stems made by Stryker Orthopaedics, have an unacceptably high revision rate of 10.7% after four years of implantation.

The advice remains as set out earlier this year, in February 2012; that surgeons should follow up patients annually for the lifetime of their replacements.

Although this more recent guidance relates to a specific combination of metal-on-metal implant, the scope and its effect is wider, given the guidance issued in February 2012.  This is particularly given the NJR’s findings in its 8th Annual Report .  It was set out in this report that revision rates varied significantly according to prosthesis type.  The lowest rates were associated with cemented prosthesis (3% at 7 years) with the highest rates relating to stemmed metal-on-metal surfaces (13.6% at 7 years). It is stated in the report that there appears to be a sharp increase in the risk of revision at around six years after primary surgery for the metal-on-metal group.

It is of note that although in the MRHA April 2012 guidance it is stated that the majority of patients implanted with metal-on-metal hip replacements have well functioning hips and are at low risk of developing serious problems, Dr Susanne Ludgate, Clinical Director of the MHRA has said that patients with metal-on- metal hip replacements should be regularly monitored by their clinician.  This advice has been recently been endorsed by the British Hip Society following its annual meeting in Manchester.

Therefore, although there are concerns with metal-on-metal implants, given the fact that the majority of patients with such implants are at low risk of developing problems, there is no automatic right for patients to claim.  In the majority of cases, through regular monitoring, no problems will arise.

But, who owns the implants?

Recent concerns with metal-on-metal implants raises the query of, who owns the implant once it has been inserted into a patient?

The most recent guidance on this from the Department of Health goes back to 1983.  The guidance sets out the following:

If an implant has failed, it is likely that a consultant or Trust may wish to have the implant examined to establish the reason for its failure.  However, as an implant is the property of the person in whom it has been implanted, the Department of Health recommend using a revised form of consent for such operations, in light of the possibility of dispute, to give a right to the health body or consultant to retain an implant removed for examination or replacement.

The revised form of consent includes an acknowledgment that any implant supplied to and implanted in the patient is supplied subject to the condition that if it is subsequently removed for examination or replacement, the ownership will vest in the health body by or on behalf of whom it is removed.  This enables the health body without seeking specific consent, to retain the implant after removal to conduct any tests on it to establish the cause of failure or to see how it has functioned or could be improved, and to dispose of the implant as they see fit when it has been examined.

If a patient has not signed the acknowledgment before the implantation, it will be necessary to obtain specific consent to retention of the implant if subsequently removed.  Therefore, it is advisable for Trusts to adopt the amended consent form prior to implantation, to negate the need to obtain this further consent at a later date.

Medical devices are increasingly coming under scrutiny from regulators and the media particularly in light of the recent publicity surrounding PIP breast implants. The BBC news quoting Dr Art Sedrakyan from the Weill Cornell Medical College have said that ‘we are left with more than 500,000 patients with metal-on-metal prostheses in the USA and more than 40,000 in the UK who are at elevated risk of device failure, which will inevitably result in the burden of further surgical treatment.’

However, it remains to be seen what the scale of the problem will be.  Patients with metal-on-metal implants do not have an automatic right to claim, and the MHRA have said they are closely monitoring all of the latest evidence regarding metal-on-metal devices, in combination with their expert advisory group, with a view to ensuring patient safety. They have emphasised that the safety of patients is their first concern. 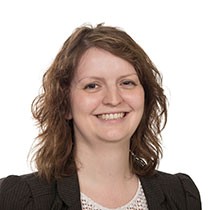 I am a consultant in the Clinical Risk Department specialising...