On 26 January, the Department of Health published the long-awaited industry review by Marsh.  The purpose of the review was to consider:

Overall, the NHSLA have good reason to be pleased with the outcome of the review, although recommended changes could have a significant impact. The Department of Health has responded to the recommendations by confirming the actions that will be taken.

Marsh concluded that the NHS risk pooling scheme “is a valid concept which is widely accepted and endorsed, and its stewardship and administration by the NHSLA has been effective”.  However, commercial principles could be better applied to the NHSLA’s operations to improve performance.  The Department of Health has agreed that the NHSLA will:

The Department of Health has rejected changing the scheme to a “claims made” scheme from the current “pay as you go”, but will review current barriers to exiting the scheme and exploring the potential impact of greater competition from the commercial insurers.

Marsh recommends the NHSLA adopts a more outward facing customer focussed culture.  The NHSLA’s role and position will be re-evaluated as part of a Department review of its framework document which will be republished.  There is a commitment to better communication, greater engagement with its membership, clearer procedures for Trusts and the introduction of service level agreements with Trusts.

It is recognised the NHS is changing and the Department of Health is committed to extending membership to all providers of secondary and tertiary care.

Developing relationships with scheme members is a key priority for the NHSLA. There will be a review of the levers and incentives within the operation of the schemes in order to improve performance.  This could include

It is agreed that there should be a strong relationship between risk management and claims handling, with a view to refocusing the NHSLA’s role to incorporate “a learning-based open and transparent organisation that delivers high value-added claims advice, technical guidance, risk management, training/education, incident reporting and drives collaboration between the clinical and related bodies”.

Recommendations under consideration include:

The NHSLA’s technical claims unit received praise for its work and it was recognised that greater consistency and performance would be achieved by the reduction in caseloads for clinical case handlers.

There are mixed views as to whether the NHSLA gets the balance right between fighting and settling claims.  Some suggested that the NHSLA often settled claims too quickly and took a short term cost view others that the NHSLA was too adversarial.

The response will re-evaluate the KPIs to achieve a balance between shelf life and costs and to ensure the NHSLA is not perceived as a “soft touch” with quality measures which focus on appropriate resolutions.

No link was found between sub-optimal performance at the NHSLA and the rise in clinical claims. A large number of factors have contributed to increased claims and costs such as the availability of CFAs, more patients receiving treatment, advances in medical science and ongoing change in the NHS.

The remit of the NHSLA encompassing claims management, risk management, learning and training, is endorsed by Marsh and the Department of Health.  It is recognised that “the long term security and the economic and wider role of the NHSLA cannot be replicated by a commercial insurer, driven by a profit motive and commercial underwriting principles”.  Nevertheless, more detailed review of its processes and its engagement with members and the role of commercial insurance practices, will now take place, with further changes expected. 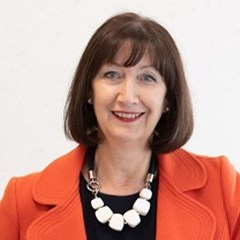