The Guidance issued by the Department of Health on 4 August 2011 states that aspirant Community Foundation Trusts, other National Health Service Trusts and Foundation Trusts (transferees) are to be given the opportunity to acquire the parts of the PCT estate deemed ‘service critical clinical infrastructure’. On 22 March this year, the Department of Health issued a draft Transfer Order (the Order) which is intended to effect these transfers.  This alert provides guidance in relation to this latest publication from the department .

Although not statutorily required, there are a number of immediate actions transferees may wish to consider implementing to ensure they are not disadvantaged by the Order.

The Order provides that these transfers will be made subject to “any existing rights in the land.”  Furthermore, the relevant NHS Trust (transferee) will be required to take all reasonable steps to ensure that any bodies providing services under the National Health Service Act 2006 (the Act) which “occupy, use or have any other interest in” the property after the date of the transfer may continue to do so to the same extent.

The transferee is required to keep the property in a state of repair and condition that is “consistent with the use of the land for the provision of services under the Act”.

Transfer to the Secretary of State

The transferee (or liquidator) must transfer the property to the Secretary of State or its nominee for nil consideration in the following circumstances:

However, the requirement to transfer the property to the Secretary of State does not apply to the following dispositions:

The transferee must notify the Secretary of State of any circumstances which give rise to the requirement to transfer the property as soon as reasonably practicable. The transfer must then take place as soon as reasonably practicable thereafter. For further details of the accounting treatment of such transfers reference should be made to the “Guidance on accounting for estate transfers” issued by the Department of Health in March this year.

Secretary of State’s rights of waiver or refusal

The Secretary of State may either refuse to accept the transfer or waive the requirement for the transferee to make the transfer.

The Secretary of State may waive the requirement in the following circumstances:

The Transfer Order and Overage schedule are complex legal documents and you should seek legal advice to understand what this means for the receiving NHS body. 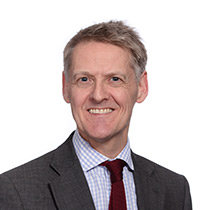