Local Government analysis: As of July 2018, registered providers of social housing facing insolvency are likely to come under the new housing administration regime. Sarah Greenhalgh, senior associate at Bevan Brittan, explains why the new regime was introduced and assesses its likely impact.

The Housing Administration Regime has come into force, enabling the Secretary of State (SoS), or Regulator of Social Housing (RSH) if the SoS permits, to appoint a housing administrator in the event of a social housing provider becoming insolvent. The regime has been introduced under the Housing and Planning Act 2016 (HPA 2016).

Why has the new housing administration regime been introduced?

The failure of Ujima Housing Association in 2007 led to the introduction of new powers that the RSH could exercise in the event that a private registered provider of social housing (RP) got into financial difficulty. These powers are set out in the Housing and Regeneration Act 2008, and include:

The near-collapse of Cosmopolitan Housing Group in 2012 highlighted the inadequacy of these powers to protect social housing assets owned by an RP at risk of insolvency. This is because their exercise will (usually) constitute an event of default under the RP’s loan documentation. The moratorium powers outlined above only enable the regulator to hold off funders from exercising their security for 28 days (extendable with the consent of secured creditors). Given the size and complexity of Cosmopolitan’s business, it was clear that a rescue could not be completed in such a short timescale without the goodwill of funders. It was also recognised that, as RPs sought out less ‘traditional’ funding and increased their funding portfolios, it would be harder to obtain the consent of funders to extend any moratorium period (for example, where it had issued a public bond).

Although ultimately both Ujima and Cosmopolitan were rescued, if they had not been, this would have had a significant impact on the social housing sector because:

It is also recognised that the 2008 regime is no longer fit for purpose when we consider the increased size and commerciality of RPs—it will simply not be possible for some of the largest RPs to be rescued wholesale, and instead their assets would likely need to broken-down and sold to several purchasers.

The idea of a special administration regime was first proposed by the regulator in 2014 following an independent review of the events leading up to the failure of Cosmopolitan. The government subsequently introduced the housing administration regime in HPA 2016, alongside a suite of measures which reduced the regulator’s powers to regulate RPs. These measures were aimed at reversing the Office of National Statistics’ decision to reclassify RPs from the private to the public sector, putting their debt on the ‘public balance sheet’. The housing administration regime therefore gave the government the opportunity to move an element of control over RPs from the regulator to the court.

What is the nature of the changes?

HPA 2016, s 99 provides that the regulator (with the consent of the SoS, who may also apply for an order in their own right) may apply to the court for a housing administration order in respect of an RP.

The court may make the order only if it is satisfied that the RP is unable, or is likely to be unable, to pay its debts (or, in respect of an application by the SoS, it would be in the public interest to wind the RP up). The court can also make an interim order which restricts the actions and powers of the RP and/or its board members (HPA 2016, s100).

Another key difference is that a housing administration order can be made in respect of a registered society (the corporate form adopted by most RPs) (HPA 2016, s 95). By contrast, the processes in IA 1986 do not apply to registered societies.

What is the impact of this new regime?

The housing administration regime is likely to be the default procedure for insolvent RPs, because HPA 2016, s104 —s 108 contains provisions that require notice to be served on the regulator if an application for any other insolvency procedure is made in respect of an RP. Once the notice is served, no further action can be taken for 28 days, during which time a housing administration order could be obtained. LexisNexis

The regulator has indicated that the regime will not change its approach to dealing with an RP in financial difficulty. However, it will relieve some of the concerns raised by Ujima and Cosmopolitan if insolvency does occur, particularly if it involves the insolvency of a large RP.

The regulator has also raised concerns about new investors entering the sector on this basis that it is no or low risk because of the regulator’s track record of rescues. Although there is no doubt that the regulator would not want to ‘let’ an RP fail, it may be more willing to allow an RP to enter into insolvency now that there is a more suitable framework in place.

It is also possible that the regime will have an impact on the valuation of social housing properties (see below).

Does it go far enough?

During the draft stages of the Bill, it was originally proposed that objective 2 (keeping social housing in the regulated sector) would rank equal in priority to objective 1. However, this raised concerns about potential impact on valuation of social housing properties if the housing administrator was restricted in this way, with critics suggesting that RPs would be required to provide additional properties for security in order to raise funding, reducing their capacity at a time when the government is expecting them to contribute significantly to the delivery of new homes.

By way of compromise, HPA 2016 now states that objective 1 takes priority over objective 2, but that a housing administrator ‘must, so far as possible, work towards both objectives’. This is on the basis that it does not result in a worse distribution to creditors than would be the case if the administrator did not need to pursue objective 2. In reality, this appears to mean that the housing administrator must obtain the same price for the properties as if they were sold on the open market.

HPA 2016 also effectively extends mortgagee protection clauses to disposals by the housing administrator; this will enable the housing administrator to ‘package’ up properties in a way that maximises value. Valuers in the sector are currently considering whether any of these issues will have a negative (or in fact positive) impact on valuations (alongside wider consideration as to the impact of the de-regulatory measures contained in HPA2016 generally on valuation of social housing stock).

Do you have any other comments on this issue?

Although the regime could be seen as a compromise that does not go far enough to protect social housing assets if an RP becomes insolvent, as RPs become more commercial in nature and their groups become more exposed to market risks it is only right that they have a framework available that at least recognises the importance of retaining social housing within the regulated sector.

There is no doubt that balancing the competing interests of secured and unsecured creditors, the regulator, the RP’s tenants and the wider sector stakeholders (significantly, the government) will be extremely challenging for a housing administrator if (or when) the time comes. 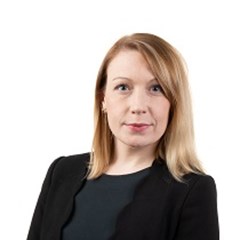 Electric vehicles and landowners – it’s time to get plugged in!