A second High Court ruling has found in favour of a council tenant who accused his local authority landlord of unlawfully overcharging its tenants for their water supplies.

The judgments have far-reaching implications for social landlords including councils, with the potential cost of refunds running into millions of pounds.

Bevan Brittan recommends that all social landlords review their tenancy agreements and arrangements with water companies, and start a full risk assessment to establish if their billing arrangements fall within the scope of the High Court decision.

As we  previously reported, the High Court ruled in 2016 that Southwark Council had been buying supplies from Thames Water and reselling it to thousands of tenants without passing on the discounts it had negotiated with Thames Water.

Southwark argued that it was not a water re-seller for the purposes of the Water Resale Orders 2001 and 2006, but was merely acting as Thames Water's agent. The Court disagreed, deciding that the terms of the agreement between Southwark and Thames Water were inconsistent with a relationship of principal/agent and the local authority had therefore been overcharging its tenants by failing to pass on the reduction in charges otherwise payable.

It has been reported that Southwark Council has since agreed to repay 41,000 tenants a total of £28.6m that had been overpaid by tenants.

The High Court has now made a further ruling in this long running saga, this time in respect of the London Borough of Kingston. A tenant claimed he had overpaid water charges levied by Kingston because the authority failed to pass on discounts it had negotiated with water supplier Thames Water pursuant to a water supply agreement in force between 2003 and 2017.

The court found that the result of the agreement between Kingston and Thames Water was that the local authority was a water re-seller and therefore bound by the maximum charges provisions in the Water Resale Orders 2001 and 2006. The High Court agreed that Kingston should have passed on to their tenants the group discounts negotiated with the water company and its failure to do so meant its tenant was entitled to recover the overpayments he had paid.

It is not yet clear whether Kingston will seek to appeal the High Court’s most recent judgment but given the implications for the wider social housing sector, we anticipate the authority may wish to seek a definitive ruling from the Court of Appeal.

In the mean time, it remains the case that poorly drafted agreements with water companies could have substantial financial implications for many local authorities and other social housing landlords.

Any authorities with similar arrangements with water companies may now find themselves facing similar claims for overpaid water charges going back many years, subject to the six-year limitation period.

The value of individual claims are likely to be relatively small, but for landlords with a large number of properties the potential total liability could be very significant.

Tenants may be able to claim for the recovery of overpaid service charges. Furthermore, any claims for possession based on rent arrears could be defended on the grounds that the Water Industry Act gives individuals a statutory right to recover overpaid charges levied in breach of the Water Re-Sale Orders.

As we recommended following the Southwark judgment, social housing providers with similar water supply arrangements should:

Bevan Brittan’s specialist disputes team regularly advises on public law issues and the exercise by local authorities and housing associations of their statutory duties so as to mitigate the risk of challenge. We also work with our public sector clients on a collective basis to bring or defend challenges. 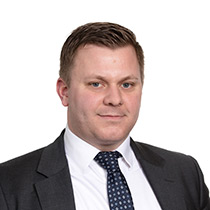 An end to the water re-seller saga? Court of Appeal upholds ruling...

Does your water arrangement expose you to compensation claims?