In general terms, English law has held that there is no general duty of good faith in relation to contractual arrangements. Implied duties of good faith have previously been resisted on the basis that where parties had taken the trouble to define the extent of obligations between them in a written contract, the court should not intervene to impose an obligation beyond that contemplated between the parties as the time their contract was entered into.

“I consider that there is a specie of contract, which are most usefully termed ‘relational contracts’ in which there is implied an obligation of good faith (which is also termed ‘fair dealing’ in some of the cases).  This means that the parties must refrain from conduct which in the relevant context would be regarded as commercially unacceptable by reasonable and honest people. An implied duty of good faith does not mean solely that the parties must be honest”

The issues addressed by the court in the “common issues” trial were numerous, but one of the striking features was the approach taken by the court to what it termed relational contracts.

In his decision HHJ Fraser set out 9 characteristics that identified relational contracts:

The Judge did not describe this as an exhaustive list, and emphasised that no single factor would be determinative, save for the first bullet point.

He also described “secondary features” that allowed him to reach a conclusion of a relational contract in this particular case.  These included that the Post Office was ultimately government owned and publically funded and that the sub-post masters (the claimants in the case) were engaged to perform transactions on its behalf and that the public required access to Post Office services.

As noted above, the requirement to act in good faith in relational contracts goes beyond simply acting honestly.  According to HHJ Fraser it means that “parties must refrain from conduct which in the relevant context would be regarded as commercially unacceptable by reasonable and honest people. Transparency, co-operation, and trust and confidence are …implicit within the implied obligation of good faith”

Ultimately, whether there is a relational contract such that there is an implied duty to act in good faith will turn on the facts of each case, but the boundaries appear to have been extended by this case. It’s certainly possible to argue that each of the 9 characteristics that HHJ Fraser identified as being present in relational contracts are present in many long term contracts, particularly those where there is some sort of public private partnership involved. For example, the courts have already found that PFI contracts are likely to be relational contracts [see Amey Birmingham Highways Ltd v Birmingham City Council [2018] EWCA Civ 264].  We’ll need to wait to see how the courts deal with the implied duty of good faith in such contracts.  It cannot override the express terms of the contract, but where there is an element of discretion involved it is likely to be highly relevant.

We understand that elements of the decision in this case are likely to be appealed and if so we will report again on the case. 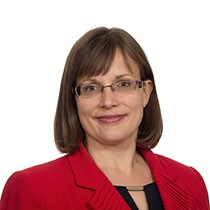