Learning from harm lies at the heart of NHS Resolution’s strategy and on Friday best practice guidance in Hip and Knee Arthroplasty was published by the team at Getting It Right First Time (GIRFT), in partnership with NHS Resolution, which is an exemplar of how this can be done.

This guidance can be found both on the BOA and GIRFT websites at www.gettingitrightfirsttime.co.uk/cross-cutting-stream/litigation.

The Guidance, which has had input from the British Hip Society (BHS), the British Association for Surgery of the Knee (BASK) and the British Orthopaedic Association (BOA), aims to provide advice on various aspects of surgery which should be clearly documented in the operation record. The standards listed are derived from an analysis of medical negligence cases notified to NHS Resolution by NHS Trusts and are illustrated in accompanying vignettes. The standards, which are not intended to be exhaustive, cover the many facets of both procedures but include the need to document:

- The informed consent process, including choice of implants and the potential use of bone grafts
- The names of all surgeons with name/grade of lead surgeon and assistants
- The names and grades of anaesthetist(s) and type of anaesthetic used
- Protective measures taken e.g. to protect the sciatic nerve when the posterior approach is used in hip arthroplasty
- Patient position and skin preparation

The cost of clinical negligence has been reported by the national audit office to be rising at a faster rate year on year than NHS funding, now representing over 2% of the annual budget.  The GIRFT and NHS Resolution Orthopaedic Working Party worked with expert contributors including the BOA, BHS, BASK, NHS Patient Safety, NHS panel law firms, claimant law firms, expert witnesses and the medical defence organisations (MDU, MPS, MDDUS) with the goal of communicating lessons learned from previous and ongoing claims.  A strategy was agreed to promote claims learning through GIRFT data packs provided to trusts and to produce best practice guidance, starting with hip and knee arthroplasty documentation

The most recent NHS Resolution Annual Report demonstrates that Orthopaedics as a specialty accounted for the second largest percentage of clinical claims received (12%) in 2018/19 (1281 claims) The value of orthopaedic surgery claims received in 2018/2019 was 4% of a total value of clinical negligence claims received of £4,931.8m. The new GIRFT guidance supports learning with the aim of reducing the actual incidence of harm and its associated costs to the system, as well as the hidden human cost when things go wrong for patients, their carers and staff. The money saved should have direct benefits for patient care.

The focus of the team at GIRFT, led by Professor Tim Briggs, has been on reducing unwarranted variations in care across the NHS and this guidance speaks directly to that aim. The hope is that it will drive change at pace and play a part in the £1.5bn savings envisaged when the then Health Secretary, Jeremy Hunt announced additional funding for the programme in November 2016. 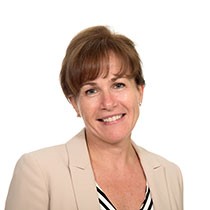