On 27 October 2020 the Court of Appeal upheld a High Court ruling in favor of a council tenant who alleged his local authority landlord was unlawfully overcharging its tenants for their water supplies.

The ruling has far-reaching implications for local authorities and housing associations across the country, with the potential cost of refunds running into millions of pounds.

As such, we recommend that all social landlords review their tenancy agreements and arrangements with water companies, and carry out an updated risk assessment to establish if their billing arrangements fall within the scope of the Court of Appeal’s ruling decision, and if so their potential exposure and how to manage claims.

As we previously reported, the High Court ruled in 2019 that the Royal Borough of Kingston-upon-Thames (Kingston) had been buying water supplies from Thames Water and re-selling it to tenants without passing on the discounts it had negotiated with Thames Water.

The court found that the result of the water supply agreement between Kingston and Thames Water in force between 2003 and 2017 (the Agreement) was that the local authority was a water re-seller and therefore bound by the maximum charges provisions in the Water Resale Orders 2001 and 2006. The High Court agreed that Kingston should have passed on to their tenants the group discounts negotiated with the water company and its failure to do so meant its tenant was entitled to recover the overpayments he had paid.

The High Court’s decision followed a previous case in 2016, in which the court had also found the London Borough of Southwark (Southwark) to be a water re-seller pursuant to its own arrangements with Thames Water. Given the potential impact of these decisions for social housing landlords, including local authorities and Housing Associations, Kingston appealed which has been followed with interest by the sector.

The Court of Appeal also distinguished the arrangements between Kingston and Thames Water from an earlier case involving Rochdale Metropolitan Borough Council, in which Rochdale was held to be acting as agent for a water undertaker, United Utilities.

The Court of Appeal was satisfied that there was “no doubt” that under the terms of the Agreement Thames Water supplied water and sewerage services to Kingston, and that Kingston was a re-seller within the meaning of the Water Resale Orders. The amount that Kingston was entitled to charge to its tenants was therefore limited to the amount it was liable to pay to Thames Water, taking into account any discounts or commission it had negotiated.

In addition, whilst the decision in the Southwark case was not the subject of an appeal, the Court of Appeal nevertheless noted its agreement with the High Court in finding that Southwark was also a water re-seller pursuant to its own agreement with Thames Water.

Following the Court of Appeal’s ruling, it is now beyond doubt that agreements with water undertakers in similar terms could have substantial financial implications for many local authorities and other social housing landlords as tenants may be entitled to recover overpaid charges.

Even those local authorities and housing associations who had similar arrangements with water companies but renegotiated them following the Southwark case in 2016 could still face claims for overpaid water charges going back many years when such agreements were in force. Whilst the value of individual claims are likely to be relatively small, and will of course be subject to limitation defences, landlords with a large number of properties could face significant total liabilities.

Further, any claims for possession based on rent arrears could be defended by tenants on the grounds that the Water Industry Act 1991 gives individuals a statutory right to recover overpaid charges levied in breach of the Water Re-Sale Orders, and which could be off-set against any arrears.

As previously recommended following the High Court decision, social housing providers with similar supply arrangements with water undertakers who have not already done so, should:

Our highly experienced Litigation, Advisory and Regulatory team is able to provide bespoke advice to local authorities and housing associations on whether the arrangements you have in place are vulnerable to challenge, and how to respond to claims.  For further assistance please contact Virginia Cooper or Jason Tandy. 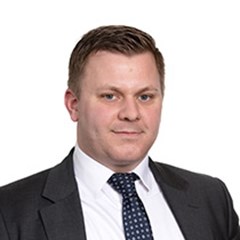