In its recent response to the transparency in supply chains consultation, the Government has committed to extending Modern Slavery Act reporting obligations to large public sector organisations and will be making changes to current reporting requirements.

In 2015, the UK became the first country in the world to require commercial organisations to report on their progress in relation to identifying and addressing modern slavery risks in both their operation and supply chains. Since then, in accordance with section 54 Modern Slavery Act 2015, businesses subject to the legislation are required to prepare a modern slavery statement setting out either (a) the steps being taken by that organisation to ensure slavery and human trafficking is not taking place in any of its supply chains or in any part of its own business, or (b) that no such steps have been taken.

These changes have led to thousands of businesses reporting on and developing their approach to modern slavery. However, as has been illustrated through the recent allegations of exploitation in Leicester’s garment industry, it is clear that much more can be done to try and eradicate this crime from both our local and global supply chains.

The Government received a total of 724 responses and held eight roundtable events across the UK.

Changes to the current system

For those already subject to the legislation, the main changes will concern the content of the statement (e.g. ensuring all mandated areas are covered) and submitting statements by a specific deadline.

For public sector organisations with the requisite budget threshold, it will mean new reporting obligations.

Many of the commitments set out above require legislative changes to be made. As the response paper notes, these changes will be made when parliamentary time allows which could mean a number of months from now. In the meantime, we can expect new guidance to be published on various different aspects of the proposed measures which will hopefully help prepare both commercial and public sector organisations for the changes due to be made.

If you’d like to know more, or you need our advice relating to any of these changes, please do not hesitate to contact us. 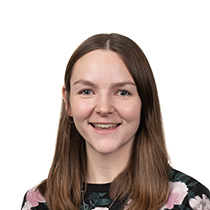