Acting successfully for the respondent on a recent adjudication concerning disputed payments for compensation events has provided us with a useful insight into the approach adjudicators will take when determining whether a document is a valid notice of an intention to pay less (“Pay Less Notices”) under section 111 of the Housing Grants, Construction and Regeneration Act 1996 (as amended) (“Construction Act 1996”).

The contractor subsequently launched a smash and grab adjudication claiming the full amount in its payment application. On discussing the referral with our client we advised that whilst the payment certificate was not titled a pay less notice, the document constituted a valid Pay Less Notice for the purposes of the Construction Act.

The Adjudicator found that our client’s Pay Less Notice complied with the contract and with the Construction Act 1996. Citing Coulson J in Grove, the Adjudicator believed that it was clear the reasonable recipient would understand how the sums on the Pay Less Notice were calculated and that the form of Pay Less Notice was consistent with the forms served the previous times over the duration of the contract. Out of the prior 26 payment applications, our client issued what it held to be Pay Less Notices in the same form as the payment certificate in question on 15 occasions. Some of these were served before, and some were served after, the deadline for the project manager to serve his payment certificate. The referring party accepted the consequence of these certificates each time.

The Law on Pay Less Notices

In supporting this the adjudicator was directed to recent case law where payment certificates or other documents could validly constitute a Pay Less Certificate.

The adjudicator followed the guidance set out by the courts in considering the following 3 questions:

Whilst it was possible to convince the adjudicator that a Pay Less Notice had been issued, given the serious consequences of not issuing the correct notices we suggest that parties do what they can to avoid disputes over the technicalities of notices. In order to avoid such disputes we suggest two practical steps. 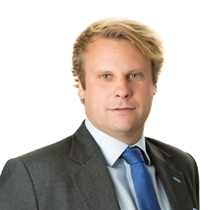