It seems only yesterday that the Supreme Court decision in Bresco v Lonsdale[1] appeared to pave the way for an insolvent party to enforce an adjudication decision in its favour, in marked contrast to the approach taken in the lower courts.

However, the recent decision of the Court of Appeal in John Doyle Construction Ltd v Erith Contractors Ltd[2]  looks like it may put the brakes on any possible increase in adjudication by insolvent parties.

John Doyle Construction Limited (“JDC”) was engaged by Erith Contractors Limited (“ECL”) to carry out works at the Olympic Park in preparation for the 2012 London Olympic Games. Just prior to completion of the contract works JDC entered administration and stopped work. JDC subsequently entered creditors’ voluntary liquidation and ECL was obliged to finish JDC’s works.

Unsurprisingly, a dispute arose over the value of JDC’s final account, which resulted in an adjudication award in favour of JDC of approximately £1.2million. JDC issued enforcement proceedings, which were heard shortly after Bresco was handed down. Fraser J at first instance refused to allow JDC to enforce the award, finding that the security offered by or on behalf of JDC was inadequate to guard against the risk of a failure to repay sums to ECL in the event it was found liable to do so.

JDC appealed, but the Court of Appeal dismissed the appeal, upholding Fraser J’s decision that the security offered by JDC to ECL was inadequate.

Of particular interest, however, are Coulson LJ’s comments in relation to whether, had adequate security been offered by an insolvent claimant, would that claimant be able to obtain an order for enforcement without regard to the paying party’s set-off and counterclaim?

Coulson LJ noted with approval Chadwick LJ’s statement in Bouygues[3] that in such circumstances “there is a compelling reason to refuse summary judgment on a claim arising out of an adjudication which is, necessarily, provisional. All claims and cross-claims should be resolved in the liquidation, in which full account can be taken and a balance struck”.

He noted that in Bresco the Supreme Court had not said a company in liquidation could not commence adjudication proceedings; rather, Lord Briggs had in mind that any subsequent enforcement would be for any net balance after the claim and counterclaims had been taken into account.[4]

Coulson LJ  concluded that he did not agree with the submission that the decision in Bresco allowed a company in liquidation to enter judgment on the basis of a provisional decision, in circumstances where there remained a dispute about a continuing set-off and counterclaim.

The effect of Coulson LJ’s decision is that whilst an insolvent claimant may have the right to commence an adjudication, it will not be able to enforce any resultant decision where there are disputed cross-claims between the parties.

The decision in John Doyle Construction Ltd v Erith Contractors Ltd offers welcome clarity on the limits of the application of Bresco and certainty to parties to a contract where the other is, or may be about to become, insolvent.

An insolvent party or its liquidators should give real consideration to whether or not any claims it might have would be suitable for enforcement, particularly if there are any unresolved cross-claims; otherwise they run the risk of incurring the costs of an adjudication and enforcement but falling at the last hurdle – hardly an Olympic-standard performance!

If you would like to discuss this topic in more detail, please contact Jake Stacey, Senior Associate. 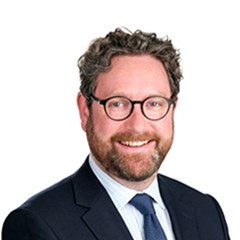 I am a dispute resolution solicitor with over 15 years’...