In recent months, the lack of recourse for residents and owners of residential blocks in buildings with fire safety defects has received significant attention.

There are many challenges for residents in bringing claims, but one immediate barrier faced was that, by the time the defects were discovered, most claims were already time-barred.

The government’s solution in the draft Building Safety Bill is to extend the limitation period to 15 years for claims under the Defective Premises Act 1972 (the DPA 1972), and separately to extend limitation under section 38 of the Building Act 1984.

Under the DPA 1972 a person taking on work for, or in connection with, the provision of a dwelling owes a duty to ‘every person who acquires an interest in that dwelling’ to see that work is done:

Accordingly, anyone with an interest in a dwelling (whether leasehold or freehold) may have a claim against a contractor, developer or designer where the above criteria are not met.  This is a claim that could therefore be brought by residents or by owners.  However, a management company will not have a claim under the DPA 1972 because it does not have an ‘interest’ in the dwelling.

As it currently stands, the DPA 1972 only covers “dwellings”. In terms of residential blocks, this would mean that the apartments themselves are covered, but the common parts are not.  The Building Safety Bill will, however, introduce a new provision into the DPA 1972 extending the remit of the DPA to ‘any part of a building consisting of or containing one or more dwellings’ which will, effectively, broaden the DPA’s remit to all parts of such buildings, including the common parts and exteriors.

The draft Building Safety Bill will extend the limitation period for claims under the DPA 1972 from 6 years from practical completion to 15 years. This extension will apply retrospectively as well as prospectively, i.e. to claims that are currently already time-barred.

This extension may well assist some residents or owners. One of the advantages of claims under the DPA 1972 is that the claimants (be they leaseholders or freeholders) do not have to have a contractual relationship with the defendant(s) to bring a claim. This means that subsequent buyers may have claims, which they would not have in claims based on, for example, breach of contract.

However, whilst the new 15-year limitation period will undoubtedly help some residents and owners, it probably will not provide a remedy for all their concerns.  To succeed in such a claim, a claimant must show in particular that the defects being complained of render the dwelling or building ‘unfit for habitation’.

This ‘unfit for habitation’ test is a relatively high hurdle to surmount and the test has not to date really been explored in Court in the context of fire defects.  The case law shows that ‘unfit for habitation’ means that the dwelling is not capable of being occupied without risk to the safety or health of occupants and without undue inconvenience or discomfort to the occupants. Whilst many fire safety defects by their very nature represent a risk to the safety or health of occupants, it remains to be seen whether defendants can argue that mitigating steps such as a “waking watch” mean that the test is not met.

Case law does, however, suggest that non-compliance with Building Regulations may also indicate that a dwelling is likely to be unfit for habitation. Again, this may assist residents and owners, as many fire-safety defects are breaches of Building Regulations.

Note, however, that this section is not actually in force yet, and it is not clear when it will be brought into force (the Building Safety Bill, as currently drafted, will not bring it into force). However, given that the Building Safety Bill will extend the limitation period for claims under this section, it is reasonable to assume that the government will bring it into force at around the same time.

There are a two defences that a defendant may be able to raise in respect of the new limitation periods:

In respect of a breach of a defendant’s human rights, it is difficult to see how a defendant could successfully rely on the Human Rights Act when the defects in question are fire-safety related and could potentially put the lives of anyone in or around the building in question at risk.

The extended limitation periods under the DPA 1972 and section 38 of the Building Act 1984 will, once they become law, offer a new lifeline to beleaguered residents and building owners.  Residents, building owners and their advisors should check to see when apartments/buildings were practically completed.  If it was less than 15 years ago, then otherwise time barred claims may become actionable once more when the Building Safety Bill becomes law.  It is currently anticipated that this is likely to be between June and September 2022.

However, in respect of some buildings, even the extended 15-year limitation period may be near its end.  In that case, residents, building owners and their advisors should seek to enter into standstill agreements with the potential defendants as soon as possible.

Nor will the extended limitation periods address the challenges of funding for residents, or the potential insolvency of contractors.  It remains to be seen whether the government will announce further measures in due course to address these fundamental issues. 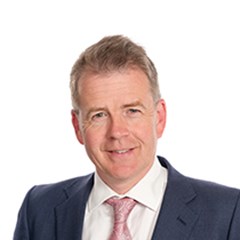 I am an experienced dispute resolution lawyer. I specialise in...