In March 2020 the Public Works Loan Board (PWLB) launched a consultation on the terms of its lending and proposed reform aimed at tackling perceived abuse of borrowing powers by some authorities. The consultation ended in July and a response was published immediately following the spending review by HM Treasury on 26 November 2020 along with guidance on the new borrowing terms and a rate drop.

With over a quarter of a billion pounds lent to authorities in December 2020 it is clear that the 1% rate drop was welcome news to many authorities however, the revised borrowing terms leave a degree of uncertainty that will leave some authorities wondering if they can still borrow at all.

The Local Government Act 2003 is the cornerstone of local authority existing borrowing powers which are widely construed. The 2003 Act provides each local authority with a discretion to borrow and invest provided it is doing so for a purpose within its functions, as part of the prudent management of its financial affairs and within its affordable borrowing limit. The functioning of a local authority enables it to (amongst other things) acquire, develop and sell land. The 1992 case of Hazell v Hammersmith & Fulham LBC interpreted an authority’s functions as including all of its powers and duties, essentially all of its lawful activities.

An investment decision made by a local authority must have regard to proper accounting practices and relevant CIPFA Guidance. Authorities should also abide by the regulations and guidance made by the Secretary of State in accordance with section 21 of the 2003 Act, the CIPFA Treasury Management in the Public Services: Code of Practice and Cross-Sectoral Guidance Notes and Prudential Property Investment published in November 2019.

The reform of the PWLB borrowing requirements can be summarised as follows:

HMT did not provide specific definitions in respect of some of the phrases used in the consultation response despite many authorities calling for this. In some areas this has led to an amount of uncertainty with regard to whether or not a certain project or investment is compliant or not. The guidance issued with the new lending terms assists in adding clarity to some of the requirements but the guidance is not comprehensive.

Common queries on the rule change and accompanying guidance

Do future plans to invest in commercial property for yield alone prevent access to PWLB?

It is not necessarily correct to state that investing in commercial property for yield would in isolation be a breach of the PWLB lending arrangements. Purchasing investment property within the authority’s area for long term strategic purposes, regeneration, housing or other functions is clearly within the powers of the authority. The HMT guidance includes some characteristics of what it might consider are investment assets bought primarily for yield and in relation to commercial property stresses that where an authority makes additional investment or modifications to the property or doesn’t intend to hold it indefinitely, these might not fall within this restriction. The purposes of any acquisition are key – if a purchase is out of area, all about yield and investment return and has no relevance to authority functions it is likely not to fall within the PWLB lending criteria.  There will be numerous shades in between this and acquisitions clearly for the purposes of the authority’s functions.

HMT has placed the burden of clarifying whether or not any one loan or investment falls within the restriction on the shoulders of the s151 officers. This alone is likely to result in some nervousness over the ability to provide such assurances and a reluctance to fund some matters from PWLB without a back-up.

Does an Authority’s existing portfolio of investment property limit its ability to borrow from PWLB?

The consultation response clarifies that the new lending terms are effective from 26 November 2020 but then goes on to note that CIPFA advised authorities to treat the proposals as in place since March 2020. It seems logical to therefore suggest that authorities will need to submit plans for the current year dating back to March 2020 as part of a drawdown process in this financial year.

There is no clear indication from the guidance issued to date whether this means that if your spending prior to 26 November was precluded this would mean that access is restricted until next year, but this appears to be the intent. Therefore, if an investment property has been purchased after March 2020 this might already restrict an Authority’s right to borrow from PWLB before the end of the current financial year and any loans drawn from PWLB from November onwards may be denied or at risk of clawback.

Does pursuing a strategy of taking out alternate finance to fund purposes restricted by PWLB now limit access in the future?

The test for access to PWLB outlined above is a look forward one across the next 3 years of spending plans. This would seem to infer that authorities can “wipe clean” their spending in the previous year by ensuring that looking forward three years no prohibited transactions are contemplated. This would need to be clear from the authority’s Investment and Treasury strategies which are publicly available documents.

Authorities should however be aware that the changes have been put in place predominately to limit perceived abuses of the existing wide powers to borrow. HMT might therefore take a sterner view on authorities that have taken this type of approach and introduce a look back period to further try and enforce compliance.

An authority pursuing alternative funding would need to be particularly careful around where it sourced its funding for such transactions as the guidance states that authority’s cannot pursue a “deliberate strategy” of using private and internal debt which they then in future years refinance with PWLB debt. The refinancing of existing debt incurred to invest for yield does not however seem to be precluded, though in some areas the guidance seems a little contrary.

What sort of Local Authority do you want to be?

The reformed PWLB lending rules sit uncomfortably alongside the existing discretion given to authorities to decide on whether or not to borrow. The revised rules give PWLB new discretionary rights to deny or call in loans that don’t fall within the categories they classify as acceptable forms of debt making access to PWLB more of a consideration. The changes now mean that authorities need to decide in any one year whether they are going to act within the new limits of the PWLB lending regime and have access to its considerable lending resource or choose to invest in ways which, whilst within their powers are potentially restricted by PWLB, and so borrow elsewhere from the market to fund their plans.

It is clear from the consultation that HMT is unlikely to block or recall loans other than in extreme cases, however, until such time as there is a full understanding of the benchmark for breach, it may be preferable to seek out PWLB confirmation in respect of some matters that fall within this grey area.

Over the last year we have worked with a number of investors and lenders that are extremely keen to lend to authorities and who are offering flexible terms, competitive rates and increasingly short turnaround times. There are an increasing number of alternative funding sources in the market that compete with and in some cases offer advantages to PWLB. Amongst these include raising finance through the issue of a pubic bond or private placement, approaching the Municipal Bonds Agency or other aggregator to source bond finance or more traditional loans from banks and other lenders.

Please get in touch if you would be interested in discussing the PWLB rule changes further or if you are considering alternative finance sources. 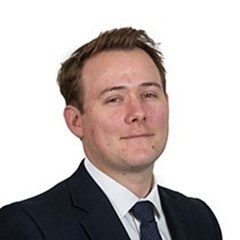 I am a banking and finance specialist providing legal advice...

IPA Guidance on the Transition from LIBOR to SONIA: the consent...

LIBOR….The end is nigh: update your finance arrangements now!