The Queen’s Speech has set out the UK Government’s priorities for the year ahead. In this article, Bevan Brittan partners discuss what some of the key announcements from the Budget and impact for some of the firm’s clients.

Economic recovery was a key theme of the Queen’s Speech. There were also announcements relating to education, the NHS, procurement and Carbon Net Zero.

The Queen’s Speech has restated the Government’s legislative commitment to “modernise the planning system”, with the stated objective of ensuring that more homes can be built.

Kathryn Lawrence, Planning Partner at Bevan Brittan explains: “The Government intends to introduce the Planning Bill in this session of Parliament. We would expect the content of the Bill to broadly reflect what was previously proposed in the Government’s ‘Planning for the future’ White Paper. The consultation to the White Paper ended on 29 October 2020, and the Government has not yet published a response.

“The content of the White Paper included proposals to fundamentally reform the planning system, including the introduction of a ‘zonal’ structure of planning approvals, centrally set development policies, nationally imposed housing targets and a new fixed rate infrastructure levy.

“The forthcoming Planning Bill represents a root and branch reform of the planning system, which will have wide-ranging effects on each and every stakeholder in planning and development, from major developers to local planning authorities and their constituent communities.”

Procurement – how government buys services from the private sector

Another post-Brexit piece of legislation, the Procurement Bill, will replace EU rules on how the government buys services from the private sector.

Emily Heard, Partner and Head of procurement explains: “The cabinet office published a Green Paper on Transforming Public Procurement, and the consultation period in relation to this closed on 10 March.

“The main objectives are to streamline and simplify the various different sets of regulations which apply to public procurement, whilst still operating in accordance with the WTO Agreement on Government Procurement, the Trade and Cooperation Agreement and other Free Trade Agreements.”

The inclusion of reference to the Health and Care bill in the Queens’ speech was anticipated in the light of the White Paper (‘integration and Innovation’) published in February.

David Owens, Healthcare & Public Law Partner with Bevan Brittan said: “Innovation and technology are highlighted, and the specific mention of tailored and preventative healthcare, although without the detail of how the changes in the White Paper will achieve this.

“As far as one can tell the Bill will in part reflect the plans for reform that NHS England have been promoting for some time with the creation of integrated care organisations as statutory bodies and replace much of the role of competition with collaboration.

“Although not mentioned in the speech, the Bill is expected to implement other proposals in the White Paper around strengthening the Secretary of State’s control of the NHS and changes to professional regulation.

“The Speech does flag the intention to improve mental health, although the legislative reform process there seems likely to wait until 2022, and also to tackle obesity - but without details of the approach.

“There is reference in the Queen’s speech to proposals on Social Care reform but nothing concrete – not even a timescale; it is unclear when the detailed proposals will be published, and no commitment to providing additional funding – unlike the NHS.” 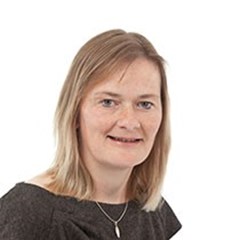