The Defendant ran an equestrian centre and “DIY” livery where the Claimant stabled his horses. Complaints were made by the Claimant about the poor state of repair of the premises and it was known to the Claimant that horses had escaped in the past. “Rebel”- a horse kept at the premises by another owner - was described as “boisterous and sharp” by some and “large and strong” by his owner.

Rebel and two other horses escaped from the premises in the morning and were caught and returned. Repairs were made to the fence, but no other steps taken. A warning was given to the Defendant that the horses were excited and may try to escape again. Rebel’s owner was not notified.

Rebel and the other horses did indeed escape again later that day. The Claimant and two other owners were asked by the (paid) yard managers to assist with the return of the horses to their stables. The Claimant led Rebel, with neither of the paid staff assisting. It was obvious that Rebel was “on edge and spooked”. Rebel then reared up and bolted causing the Claimant, an orthopaedic surgeon, to sustain a serious shoulder injury. He was not able to return to his pre accident employment, leading to a high value claim.

The claim was brought primarily in negligence and under the Animals Act. The Defendant denied the claim, arguing that the fences were adequate and that in any event the chain of causation had been broken by the time between the escape and the Claimant’s injury. It was also argued that the Claimant had voluntarily agreed to help recapture the horses (he was an experienced horseman and that it was common for horse owners to help one another out). Finally it was denied that the Defendant was Rebel’s keeper for the purposes of the Animals Act, or that section 2(2) was satisfied, and it was argued in any event that the Claimant had accepted the risk under section 5(2) of the Act.

The Court found for the Claimant in negligence – the premises were in poor repair and adequate steps to prevent the risk were not taken. As to the break in the chain of causation, the Court found that there was a reasonably foreseeable risk of injury given Rebel’s character and the events of the morning, and that despite the time lapse between the escape and the injury, it was one and the same process.

The Judge was critical that Rebel’s owner was not contacted after the escape in the morning and also that the paid staff effectively left volunteers to do the work. The Claimant did not volunteer to incur the risk of injury, and was not given much choice but to assist. The Court found that he became a “temporary voluntary worker” for the Defendant and was therefore under his control and direction and a duty of care was owed and breached.

The Court found that all three limbs of the Animals Act were satisfied in that Rebel had the necessary characteristics, any injury would be severe and the Defendant or his servant/agent were aware that Rebel may behave in a particular way. It also found that the Defendant was the keeper at the relevant time. The defence under s 5(2) was dismissed.

Overall, the Court was highly critical of the Defendant in that he permitted the horses to escape twice and expected “paying customers” to put themselves at risk. The Claimant was injured as a result of a selfless act and not because he accepted the risk.

The facts here were extreme and the Defendant’s conduct at the time of the injury and in his defence of the claim was much criticised. The Animals Act is well known to be a minefield. It was no surprise that the Claimant established negligence and satisfied section 2(2). A section 5(2) defence is always difficult to run as there is a difference between a risky activity and actual acceptance of the risk of injury. The Court found that the Claimant did not think the risk through but felt morally obliged to assist and was acting for the benefit of the Defendant.

Consider the scenario where someone tries to separate fighting dogs – clearly a risky activity but can it be said that the risk is thought through in the heat of the moment and when there is an urgent need to assist and a natural reaction to intervene? Unlikely.

Claimants’ solicitors are often quick to obtain expert evidence as to an animal’s behaviour and in many cases, including this one, it is not needed. Lay evidence as to characteristics should suffice and the need for expert involvement should be questioned. 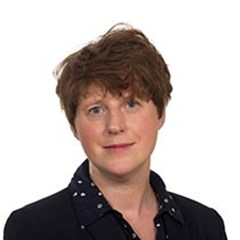 I specialise in insurance liability claims acting for insurers and...