On April 6, new regulations will come into force that amend the gas safety regulations previously introduced in 1998. This will affect all landlords, both social and private.

Gas Safety (Installation and Use) (Amendment) Regulations 2018 are not aimed at reducing or relaxing safety standards, but will enable greater flexibility over when regular checks are carried out.

In future, the annual gas safety check can be carried out in the two months before the due date, while retaining the existing expiry date. The aim is to avoid last minute checks, not being able to gain access, or having to shorten the annual cycle check to comply with the law.

Key points of amendment are:

"It can be difficult to co-ordinate the availability of an engineer with approval of access by the tenant. In addition, landlords often try to keep the appointment as close to the renewal date as possible, to avoid any days where the existing and new certificate overlap.

"But in future it is possible that any failure to comply with the more flexible amended regulations could mean the regulator - Homes England (formerly the HCA) would see a breach as a fundamental failing for which there is absolutely no excuse."

An Approved Code of Practice and guidance can be downloaded from the Health & Safety Executive website. 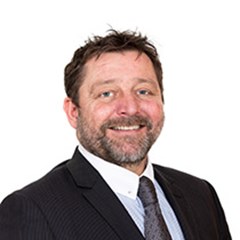 I am a housing management specialist with experience of advising...