“Of course I know what goes on on a Maternity Unit”

Having handled claims arising out of obstetric alleged negligence for almost 10 years, I felt that I had a pretty good idea of what went on in a maternity unit.  When we were therefore approached by one of our local Trusts and asked as to whether or not spending some time shadowing their consultants would be of interest, I was polite but slightly sceptical.

When I arrived on the unit I was somewhat alarmed to find myself standing literally in the middle of the handover meeting between last night’s staff and the day team who had just come on for the day shift.  I was quickly introduced to all members of staff and as is usual saw a few of them recoiling when they understood I was a clinical negligence solicitor.

There was a genuine discussion with regard to each of the patients who were on the unit at that time and there could be no doubt that the day team were all fully appraised by the night team about the position reached in respect of each labouring mother.  I was impressed at the time taken to ensure all members of the team were up to speed and at the general feeling of collegiality.

As part of the handover it transpired that the day before they had a fetal death on the unit.  The Consultant in charge said “let’s have some learning out of that” and we all trooped off to a seminar room.  Again, I was impressed by the quality of the discussion and the way in which all members of the team were given the opportunity to express their views from the Staff Midwife through the junior grades to the Registrar and two Consultants present.

During the course of the discussion, one of the two Consultants present completed a proforma which was then to be sent to the Labour Ward Lead to review and consider.  The proforma detailed learning points, good points and bad points from the way in which the labour had been managed.  I asked the Consultant “what happens to this form once completed?”  She looked slightly sheepish.  I asked “does it go to Legal Services or Risk Management”?  “We hadn’t thought of that” she said.  “It goes to the Labour Ward Lead but I do not know what he does with it after that.”  It seemed to me that this was an opportunity missed.

I was not quite sure what to expect on a ward round.  I half expected the Consultants to march around the delivery suite with Juniors and Midwives trailing behind them before peering over half moon spectacles at the patient and barking orders to a Junior.  Not a bit of it.  Each of the mothers was labouring in a private room with the door shut.  At each we knocked at the door and the Midwife came out to present her findings and to summarise the current position.  Each Midwife set out the stage that the mother had got to, the timescale in which she thought there ought to be further progress and any concerns that she had.  We then went into each of the delivery rooms so that the patient could be seen by the Consultants personally.  I was struck by the reliance on good oral communication and the extremely varied nature of the problems they were faced with, which went far beyond the clinical.

For example, the third patient that we saw on the ward round was booked for an elective caesarean section.  However, there were a number of child protection issues and the woman’s partner was abusive both to her and to the staff.  This required liaison with Social Services and the Child Protection Team as well as dealing with the clinical issues themselves.  I was impressed by the way in which the team were able to deal with this and to control the behaviour of mother and partner.

In another delivery room the mother was 5cm dilated.  There was some concern that the trace was showing ? reduced variability.  After a review involving both Consultants it was agreed that it was proper to allow the labour to continue for a little longer but a further review was going to be necessary within a short space of time and the Midwife was to keep a very close eye on the variability.  After we came out of the room, one of the Consultants said “this is the one that we need to keep a very close eye on this morning.  Although everything appears to be under control at the moment, it is this type of presentation that can change quickly.”

I was then asked if I would like to go and watch a caesarean section in theatre.  I had to confess that I was not wildly enthusiastic about this but, as I was there, I decided I really shouldn’t let the opportunity pass.  Unfortunately before the caesarean section itself could get started the Consultant whom I had been shadowing came through the double doors from the adjoining theatre and said “there is a trial in forceps just about to start next door.  I think that might be more interesting for you to watch.”  Thinking that I had had a lucky escape, I was shepherded into the adjoining theatre and positioned with an excellent view behind the very slight female Registrar who was to perform the forceps delivery.  Mother was exhausted and was not really assisting by pushing with contractions.  The Registrar therefore, at least to my inexperienced eye, appeared to be applying really considerable traction to get the baby delivered.  “So that’s gentle diagnostic traction” I thought.

The first thing that I learnt from the day was that I would make a pretty hopeless Obstetrician.  More importantly, I was really impressed by the sense of collegiality throughout the team and the genuine respect shown and reciprocated.  The Obstetricians and Midwives were extremely well integrated and seemed to me to be providing their patients with a very good standard of care.

Having bumped into a couple of witnesses on ongoing cases I was also reminded once more that litigation is a stressful process, not just for the family involved but also for the Clinicians and Midwives who are said to have been negligent.  The day provided a useful reminder to me that however approachable and supportive we try to be to the Clinicians and Midwives concerned, it is an inherently unpleasant experience for them to be involved in a claim and we should always be mindful of that.

Finally, despite the advances which have been made in terms of record keeping and note keeping in the last few years, I was reminded that the team relies almost entirely on good oral communication and trust between the members of that team.  However good the notes and records are, they are never going to fully reflect the exchange of information between the members of the team.  This reinforced for me the need to ensure that in any significant claim which we think is potentially defensible, we need to fully understand the team dynamic and the relationships between the members of that team and to obtain really high quality factual witness evidence as soon as possible once the claim is commenced. 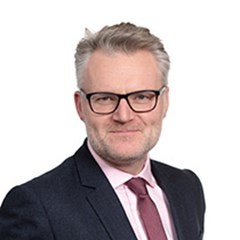