The Chancellor’s Autumn Statement 2012 has received extensive media exposure as commentators focus on the headline political announcement that the Government will not, by the end of this Parliamentary term, have total government debt falling as a percentage of GDP.  The Autumn Statement also addresses the Government's review of PFI and we welcome the Government’s support for infrastructure projects as a means to reinvigorate our public services and infrastructure while creating jobs and driving economic recovery in the UK.

The Government wants PF2 to become an enduring part of public service and infrastructure provision for years to come and has recognised the benefits of PFI while seeking to address some of the issues that have generated negative publicity.  The Autumn Statement therefore places great weight on enhancing transparency of arrangements between the public and private sectors and driving value for money through adjustments to the risk profile.

The PF2 proposals are in part a consolidation of techniques that have been utilised on a number of projects together with new approaches designed to reinvigorate the delivery of public services through private finance.   Our involvement in designing some of the most innovative delivery structures and partnerships across a wide range of sectors for more than 15 years (including LIFT, BSF, Local Asset Backed Vehicles (LABVs) and Strategic Estate Partnerships (SEPs) together with other forms of partnering) means we are ideally placed to assist you to:

We are hosting a workshop on 17 January 2013 in our London offices and we would be delighted if you could join us.  In the meantime, there are a number of questions which naturally arise from the PF2 proposals:

The Government’s primary goal is to make PF2 better value for money and more attractive to sources of long term financing, whether from institutional investors, the capital markets or banks.

PF2 is designed to achieve this by reducing gearing (and thereby provide credit enhancement for long term debt) and to attract institutional stable (and cheaper) equity by reallocating (some) project and contractual risk back the public sector. The proportion of equity will increase as a result of new market appetite and because Government itself will invest.

Equity funding competition (at preferred bidder stage) will introduce competitive tension and will priced on a done deal basis thus reducing the significant costs of project sponsorship to and for the hoped for new institutional market players.

The Government has emphasised that bank lending should no longer be assumed to be a sustainable source of debt capital for PF2 projects and, further, that the refinancing risk on short term bank lending is not value for money.  The Government has already engaged directly with institutional investors, banks, credit rating agencies and the EIB over alternative financing options for PF2; however, this involves much new ground.

It is interesting to see that the Government will now consider capital contributions from the public sector in excess of 30 per cent.

On the face of it, one of the more striking changes is the investment of public sector equity in PF2 projects.  This type of public private partnership is, however, familiar and we developed similar models for LIFT Cos, BSF LEPs, LABVs and SEPs. It will be important that PF2 adopts the key lessons learnt from those earlier models.

PFI Credits and Guarantees - PF2 reinforces the Government’s decision to abolish PFI credits in 2010 so as to create a level playing field with other delivery models.  Whitehall Departments will, therefore, need to prioritise funding from their existing budgets in an attempt to drive value for money.  In addition, PF2 flags the potential of UK Guarantees - which could be worth up to £40bn - for priority projects.

The Private Finance Initiative was often seen as the 'only game in town' although the removal of PFI Credits may ensure procuring authorities investigate alternative contracting approaches.  The first confirmed PF2 programme is the Priority Schools Building Programme (PSBP).  The Government has, however, indicated that the Ministry of Defence are looking at using PF2 for their Future Force 2020 requirements and the Department of Health is assessing the suitability of PF2 for consolidation and reorganisation schemes.  The detail on the scope of PF2 is vague beyond the aforementioned sectors but it appears that procurement programmes will be run and managed from Whitehall.  The Infrastructure Procurement Routemap and the Value for Money Assessment Guidance, both promised in early 2013, may provide clarity on sectors and pipeline.

How will PF2 projects be procured?

The Government is seeking to impose an 18 month time limit, linked to the withdrawal of funding, for the competitive tendering phase of PF2 projects.  The detail will need to be fully worked through on review of the forthcoming Lean Sourcing for PF2; however, it will mean that PF2 projects will need to be 'market ready' on the issue of the OJEU.  The Government has, therefore, suggested an enhanced Treasury Approval Process which must be passed before a project can issue an OJEU.

Detail of changes to the Project Agreement

A number of changes have been made to risk allocation as the Government strives to ensure value for money is delivered through PF2.  Allowing authorities to self insure under certain scenarios would appear sensible.  We believe that savings should be relatively easy to identify for some of the proposed changes to the risk profile including, for example, the removal of the requirement to price unforeseeable changes in law.  Will this be the case for all changes in risk allocation? 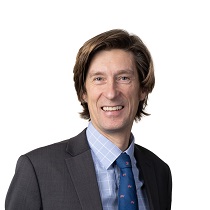