Under Article 12 of the European Convention of Human Rights, men and women of marriageable age have the right to marry. However, this right is expressed as being subject to "the national laws governing the exercise of this right".

Essentially, the starting point is that everyone has a right to marry in accordance with the limitations of the legal frameworks.

In England, the Courts have indicated that the only kind of marriage which English law recognises is one which is essentially the voluntary union for life of one man with one woman to the exclusion of all others (1).  A civil partnership is a relationship between, and affording the same legal status and rights as a married couple to, two people of the same sex which is formed when they register as civil partners of each other (2).  For ease of reference, I will use the term “marriage” to mean marriage or civil partnership for the remainder of this article.

The pre-requisites for a valid marriage and a valid civil partnership are set out over a number of statutes and through various case law but can be reduced to the following principles:

Impact of capacity and mental disorder on marriage

For the purposes of a healthcare professional being asked to assess whether a person has capacity to marry, there are three fundamental issues:

The burden of proof in demonstrating that a person either lacks capacity to consent to marriage, or is suffering from a mental disorder so as to be unfit for marriage, is on the person putting that position forwards.

It is worth highlighting that these issues render a marriage voidable, rather than void. In other words, even if a person lacks capacity, or is unduly influenced or has a mental disorder rendering them unfit for marriage, this will not automatically render the marriage void, but instead will give either party to the marriage the right to petition the Court for a decree of nullity (3).

Capacity to consent to marriage

Since October 2007, the statutory test for determining capacity has been laid down in the Mental Capacity Act 2005 (the “Act”). Capacity is decision and time specific. There is a two-part test (4) and in this respect the relevant assessment is whether the person has the capacity to consent to marriage:

Things to consider include:

Where a person lacks capacity around marriage, no one is permitted to make a decision in their best interests to consent to a marriage.

The Courts are clear that the crux of this issue is whether the person is able to understand the nature of the contract of marriage. That includes understanding the duties and responsibilities normally attached to a marriage:

It is clear that it is not enough that someone appreciates that he or she is taking part in a marriage ceremony or understands its words.

The following considerations are irrelevant for the purpose of assessing capacity to consent to marriage:

The relevant information that they need to understand to have such capacity in relation to sexual relations is:

Ability to weigh or use the relevant information

If, due to the person’s disturbance or impairment in the functioning of the mind or brain, in certain situations they are unable to weigh up and use the relevant information, they will lack capacity. For example, where a patient has a learning disability which is associated with suggestibility and a tendency to acquiescence, they may understand all of the Relevant Information but be unable to weigh it in the balance when in the presence of the particular partner due to the coercive nature of the partner’s actions.

A person may have capacity to consent to marriage and sexual relations, but not be able to provide valid consent because of duress or coercion. This will be person and situational specific.

The case law (7) around undue influence suggests that this amounts to unacceptable forms of persuasion. However, the cases do not define this concept in more than a broad manner, setting out two categories:

This is where, though capable of giving a valid consent, the person is suffering (whether continuously or intermittently) from mental disorder within the meaning of Mental Health Act 1983 of such a kind or to such an extent as to be “unfitted” for marriage.

The Courts have indicated that to determine if a person is “unfitted” for marriage, the relevant question is; “Is this person capable of living in a married state, and of carrying out the ordinary duties and obligations of marriage”  by reason of that mental disorder?

The Judge indicated the high threshold that would be required for a person to be “unfitted” for marriage by reason of mental disorder when he said:

“It can only be those unfortunate people who suffer from a really serious mental disorder who can positively be stated in humane terms to be incapable of marriage.”

In reality, due to the very high threshold required to void a marriage on the basis that one party was unfit for marriage by way of mental disorder; healthcare professionals are far more likely to be asked to assess a persons capacity to provide valid consent to marriage.

When should an assessment be conducted?

A person has to have the capacity to consent to marriage, be free from undue influence and not have a mental disorder rendering them unfit for marriage at the time of the marriage.

However, to enable practical arrangements for a marriage to be made, it is suggested that the assessment should be carried out some time before the marriage and then, assuming this reveals that the patient has got capacity, there should be a brief review of the questions prior to the marriage ceremony.

Practical suggestions in carrying out an assessment

Whilst the Courts have explained that it is not necessary for a person to have sought professional advice on marriage in order to have capacity, healthcare professionals may wish to involve a marriage counsellor in the assessment of capacity.

In addition, where a person’s family or carers consider that the person lacks capacity, it may be beneficial to involve them in the discussion where possible so that their concerns can be raised and addressed.

Key issues for assessments for marriage

1. Threshold for capacity is low

2. Does the person have capacity to consent to marriage?

3. Are they able to give valid consent free from duress or coercion (person specific characteristics of the partner may impact)?

4. Do they suffer from a mental disorder (under the Mental Health Act 1983) which renders them “unfit” for marriage? (N.B. This is a very high threshold).

What steps can be taken to prevent a marriage taking place?

An application can be made to the Court of Protection for: 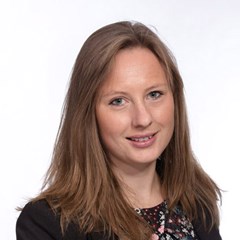