In the recent case of Bennett (Construction) Limited v CIMC MBS Limited (formerly Verbus Ltd), the Court of Appeal clarified whether contractual milestone payment provisions constituted an “adequate payment mechanism” as required by s110 of the Housing Grants, Construction and Regeneration Act 1996 (“Act”). The case also provides useful guidance on how and to what extent the courts will imply the provisions of Part II of the Scheme for Construction Contracts Regulations 1998 ("Scheme") where the payment terms agreed between contracting parties do not comply with these minimum requirements.

Background
Bennett was the main contractor appointed to design and build a new hotel in East London. The developer was Key Homes and the operator was to be Park Inn. Bennett in turn contracted with Verbus to design, supply and install 78 prefabricated modular bedroom units, which were to be manufactured in China before being shipped to the UK.

The contract provided for five milestone payments as follows:

Disputes arose over whether the bedroom units produced by Verbus complied with the contract and accordingly milestones 2 and 3 were not "signed off". Bennett therefore refused to pay for the units.

Verbus contended that milestones 2, 3 and 4 did not comply with the Act. An adjudicator decided the issue in favour of Bennett, but Verbus sought a determination from the Technology and Construction Court. At first instance, the judge agreed with Verbus in relation to milestones 2 and 3, but not milestone 4. The judge’s solution was to replace milestones 2 to 5 (for reasons of “workability”) with the payment provisions found at paragraphs 2, 4, and 5 of Part II of the Scheme. This resulted in Bennett having to make interim payments to Verbus based on the value of the work carried out, regardless of whether the units had been completed to a standard capable of being signed off. Bennett appealed.

The Appeal
The first question before the Court of Appeal was whether the milestones afforded an adequate mechanism for determining what payments became due and when. Coulson LJ, delivering the judgment of the Court, found that they did, considering that the requirement for the units to be “signed-off” was to be read objectively, referring to a generic satisfactory completion of a particular stage of work, rather than subjectively whereby actual sign-off would be required. The Court noted that “sign off” was not linked to the production of a certificate or record; “if actual sign-off was required, the contract would have said so”.

The key question was whether the units complied with the contractual specification. The fact the contract did not contain specific dates for payment of each milestone did not matter because the relevant sum became due when the relevant milestone had been achieved.

The second question the Court went on to consider was how Part II of the Scheme should be implied into the contract if the milestones in question were not an adequate payment mechanism and not compliant with the Act.

Coulson LJ summarised the effect of Part II as follows:

Verbus argued that paragraph 2 was the only applicable paragraph because it relates to interim and stage payments and contended that paragraphs 2 to 4 of the Scheme should replace the milestone provisions in full for ‘practical’ reasons. Bennett argued that only the “catch-all” paragraph 7 could apply, which would mean payment would be due on the later of seven days following completion of the work in question or the making of a claim by the payee.

Coulson LJ noted that as the second question engaged section 110, the relevant paragraphs of Part II to consider were paragraphs 3 to 7. Paragraphs 5 and 6 were discounted because the appeal did not concern final payments or excepted contracts.

In agreeing with Bennett that the milestone payments were “other” payments as envisaged by paragraph 7, Coulson LJ noted that it is settled law that where contractual payment provisions do not comply with the Act, Part II of the Scheme should only be implied “to the extent that such implication is necessary” and distinguished the milestone payment provisions based on completed work (as in the present case) from stage payments anticipated by paragraph 2 which are based on the value of the work performed. Coulson explained that, although milestones 2 and 3 were essentially stage payments, they were not “payments of a kind mentioned” in paragraph 2. As such, payment could only become due seven days following the completion of each milestone.

Comment
The judgment in Bennett indicates that the courts will seek to give effect to the agreement made by contracting parties. Where standard payment terms are replaced with bespoke milestone payment provisions, care should be taken to ensure they are properly drafted.

Coulson LJ made it clear that “the purpose of the Act was to provide for certain minimum, mandatory standards so as to achieve certainty and regular cash flow“ and the provisions of the Scheme should only be implied into parties’ agreements to the extent that those minimum requirements are not met, i.e. the payment provisions of Part II of the Scheme will not be implied wholesale. This approach was felt to do the “least violence” to the parties’ agreement.

Coulson LJ went on to say that only in “exceptional circumstances” will a “workable” contractual payment provisions be replaced by an entirely different payment regime as set out in the Scheme, and this could only happen where the payment regime agreed is “so deficient that wholesale replacement [is] the only viable option.”  While this leaves open the question of what kind of a payment regime could be both “workable” and “so deficient” it would require replacement in its entirety, the judgment in Bennett provides a helpful summary of the interplay between contractual payment mechanisms, the Act and the Scheme.

In agreeing with Bennett that the milestone payments were “other” payments as envisaged by paragraph 7, Coulson LJ noted that it is settled law that where contractual payment provisions do not comply with the Act, Part II of the Scheme should only be implied “to the extent that such implication is necessary” and distinguished the milestone payment provisions based on completed work (as in the present case) from stage payments anticipated by paragraph 2 which are based on the value of the work performed. Coulson LJ explained that, although milestones 2 and 3 were essentially stage payments, they were not “payments of a kind mentioned” in paragraph 2. As such, payment could only become due seven days following the completion of each milestone.

I specialise in construction law and practice providing advice to... 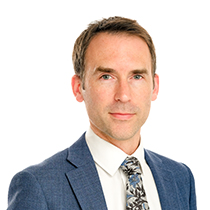