The new Electronic Communications Code (the “New Code”) has been on the statute book since December 2017. The old Code (first enacted in the mid-1980s) continues to apply in certain cases, but it is the New Code that is being seen as a major disruptor for the telecoms property sector since its introduction in December 2017.

A key reason for this is that New Code disputes are now to be dealt with by the Upper Tribunal rather than the courts. The Tribunal is committed to dealing with all New Code applications regarding new sites (as opposed to existing sites) within 6 months, meaning that the Tribunal route offers operators a relatively quick procedure for obtaining New Code rights. As a result, we expect to see a marked increase in the number of decided cases under the New Code (compared to the old Code which, for various reasons, has been rarely litigated).

Just over a year in, and the first Tribunal decisions are now starting to trickle through. Nothing that has come through from the Tribunal represents good news for landowners, but here’s a summary of what we know from the decided cases so far.

This dispute required the Tribunal to decide whether the rights available to an operator under the New Code include the right to access land or a building to conduct surveys to ascertain its suitability for a telecoms installation. CTIL wished to access one of the University’s buildings to carry out such surveys. The University saw CTIL as an unwelcome guest and refused, prompting the application to the Tribunal.

The New Code sets out a list of rights which qualify as “code rights”, i.e. rights over property that an approved telecoms operator can seek from the Tribunal if the landowner will not grant them voluntarily. Those rights are relatively wide-ranging but, surprisingly, the list does not include an express right of access for surveys.

In the first landmark victory for the operators, the Tribunal decided that the right to gain access to conduct surveys is a “code right”, and therefore is one which an operator can apply to have imposed on a landowner against its will in appropriate circumstances. Given the numbers of survey requests that our clients are receiving, this is a significant decision on just how far the New Code extends.

This is a ‘classic’ Code dispute between the operators and a local authority. The operators wanted to install New Code-protected equipment on the authority’s building, and their need to do so was urgent as they were being required to vacate another mast site nearby and faced loss of network coverage in the area.

In view of the urgency, the operators applied to the Tribunal for an order that they be granted ‘interim Code rights’ – namely, an order permitting them to move onto the building to install their apparatus on a short term basis, pending more detailed consideration about whether they should be granted permanent New Code rights over the building.

The authority was reluctantly willing to allow the operators onto the building, but didn’t want to be rushed and wanted to maximise the amount paid by the operators for their rights. So, the questions that came before the Tribunal were:-

Interim Rights under the New Code

The Tribunal granted interim New Code rights in EE/H3G’s favour. In doing so, the Tribunal decided that they had satisfied the legal test for securing such rights. That is, that they had proved a “good arguable case” that they would be able to assure the Tribunal that they should be entitled to be granted permanent rights.

Under Paragraph 21 of the New Code, this required the operators to meet two conditions: (a) that the prejudice caused to the landowner can be adequately compensated by money, and (b) that the public benefit from the grant of the rights will outweigh the prejudice to the landowner, having regard to the public interest in access to a choice of high quality electronic communications services (the “Paragraph 21 test”).

The Tribunal referenced the following guiding principles to be applied in future applications for interim rights:-

Contrary to many reports, the Tribunal’s decision in this case doesn’t shed much light on how the Tribunal will interpret the controversial valuation principles in the New Code, which many commentators are arguing will significantly depress the rental market for Code leases. In the Islington case, the operators argued that an annual payment of £2,551.77 was the appropriate amount whereas Islington sought £12,500. The Tribunal deferred this issue until the trial of the full Code rights application, but ordered EE/H3G to pay £2,551 per annum as an ‘on account’ payment.

It remains to be seen how this aspect will be finally determined by the Tribunal, and further decisions on how the valuation principles in the New Code – which are hotly disputed between landowners and operators - are to be applied are expected in the near future.

The New Code has already had a game-changing effect on the telecoms property market, and this looks set to continue as it beds in. There is no question that operators have the wind in their sails, and the early signs are that the Tribunal will both decide cases quickly, and will seek to interpret the New Code in a way that is consistent with the Government’s intention that the New Code should facilitate wider telecoms rollout and the national delivery of new mobile technologies such as 5G.

All of this means that it is crucial that landowners obtain specialist legal advice on their position, to ensure that they take advantage of the legal arguments available to them when seeking to preserve the value and long-term potential of their property assets. A grant of Code rights over land can have an adverse impact on the value and long-term redevelopment potential of land and buildings, and so it is important that landowners deal with any approaches from operators accordingly.

Bevan Brittan’s property team has been advising landowners and operators on property issues concerning the old and new Codes for two decades. Please contact Steve Eccles if you would like to discuss how we might be able to help you. 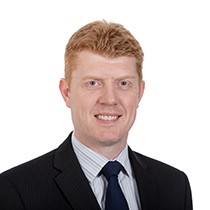