In the first such Court of Protection application regarding bone or stem cell donation and involving the Human Tissue Authority, it was held to be in MC’s best interests for her blood stem cells to be donated for the benefit of her mother.

This case will be of interest to practitioners, healthcare providers and commissioners because it provides further guidance on capacity and best interests decisions which do not provide a direct benefit to P.

Practitioners, health care providers and commissioners should be mindful that:

For further information about this case, please contact Ellen Lloyd.

In this case, the Judge was asked to consider whether it was in an incapacitous 18 year old’s (MC’s) best interests to have her stems cells collected and used to benefit her mother who had been diagnosed with chronic leukaemia.

The Judge concluded that it was in MC’s best interests to donate her stem cells for the benefit of her mother.

In reaching this conclusion the Judge considered the following:

In relation to the process undertaken by the accredited assessor when reporting to the HTA on issues of capacity, the Judge stated:  “There should be a considered risk and benefit analysis by the accredited assessor. It [Stem cell donation] could only be beneficial if a considered deliberation of the factors set out within s.4 of the Mental Capacity Act 2005 was performed in each case where the HTA is faced with an issue of capacity of the done”.

This case concerned an 18 year old woman, MC, with undisclosed learning and language difficulties.  An application was brought by an NHS Trust seeking the court’s permission for the collection of peripheral blood stem cells so that they could be donated to her mother who was diagnosed with chronic leukaemia.

MC lived at home with her parents and two younger siblings. Her mother’s life expectancy without a stem cell transplant was estimated to be 12 months. Other members of the family had been screened as potential donors but MC was the only one who was a suitable match.

J Cohen concluded that MC lacked capacity to conduct the proceedings and make decisions about the proposed procedure. The focus in the proceeding was therefore whether it was in MC’s best interests for her stem cells to be collected for the benefit of her mother.

In considering MC’s best interests, J Cohen looked at the risks and benefits to both MC and her mother which were summarised as follows:

In his concluding remarks, the Judge expressed his view on the process undertaken by the accredited assessor when reporting to the HTA on issues of capacity. This was in light of concerns raised by the Official Solicitor that there appears to be a  “vacuum” in the law for those under the age of 18 who may have difficulties in capacity. It was noted that the treating Trust holds no duty of care to the donor because its obligations are to the patient (donee). The HTA will only check to see if there is consent (which in the report is cursory) and no payment, or other pressure or coercion has been applied.

In view of this, the Judge expressed the view that:

“There should be a considered risk and benefit analysis by the accredited assessor. It could only be beneficial if a considered deliberation of the factors set out within s.4 of the Mental Capacity Act 2005 was performed in each case where the HTA is faced with an issue of capacity of the done”. 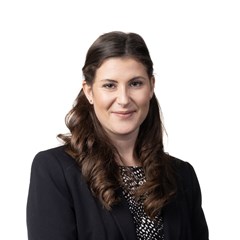 I am a medical law specialist working within the Clinical...

Covid Inquiry - will you be a core participant?