Bowel cancer is the fourth most common cancer in the UK. Over 34,000 new cases of colorectal cancer are diagnosed in the UK each year. Although its prevalence has been linked to age (over 45), poor diet (high in fat, low in fibre), family history (of Familial Adenomatous Polyposis or Hereditary Non-Polyposis Colon Cancer) or a history of severe ulcerative colitis or Crohn’s disease, very little is known about its causes.

A delay in referring a patient with suspected colorectal cancer could shorten that patient’s life. Between January 2010 and March 2015, the MDU opened 453 files where a complaint or claim arose from an alleged delay or wrong diagnosis of colon/bowel cancer.

Colorectal cancer in primary care – when to refer?

The most common symptom of colorectal cancer is a change in bowel habits. These include:

NICE guidelines published in 2015 for Suspected cancer: recognition and referral, recommends referring adults for an appointment within 2 weeks, using the suspected cancer pathway referral, if:

A referral under the 2-week wait rule should also be considered:

Where a claim for compensation is made following a delay in the diagnosis and treatment of cancer which resulted in the early death of a patient, there is usually a claim for the following types of damages:

For such a claim to succeed, the claimant must establish both of the following:

Early diagnosis of bowel cancer increases a patient’s chances of survival. If diagnosed late, it is harder to treat and places a higher financial burden on the NHS. Documenting a careful history (including duration of symptoms), any negative findings and confirmation that the patient has been advised to return if symptoms do not improve (safety netting advice) could prove invaluable in defending a claim for negligence. 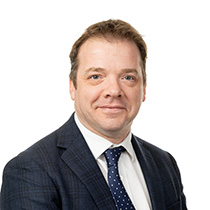 I specialise in Defendant clinical negligence litigation, having spent 8...