The Department for Education (DfE) received another critical report relating to support for children with special educational needs and disabilities (‘SEND’) last week, this time from the Commons’ Public Accounts Committee (PAC). With many professionals saying the sector is in deep crisis, demands are growing for an urgent plan containing a new approach, more detail and fresh thinking.

In September 2019, the DfE promised a review of current provision. However, the December 2019 election manifesto included little on SEND provision because the focus was on Brexit. The current focus in the context of the Coronavirus Act 2020 is keeping services afloat and the relaxation of timescales. There was some extra money in the Budget for SEND, but the impact of the Budget will be lost under the local authority response to Coronavirus.

The DfE has admitted that many families are struggling following the introduction of education, health and care plans (EHCPs) in 2014. There has been a sharp increase in the number of children and young people with SEND in England, with local authorities and schools complaining of funding shortages, and families of long delays in receiving assessments and support.

There are more than 1.3 million school-age pupils with SEND, i.e. almost 15% of all school pupils. Of those, around one million pupils are receiving SEND support and 270,000 have an EHCP (January 2019). 50% of high needs facilities that OFSTED and the CQC inspected have been assessed as underperforming (July 2019).

With no indication of when any further reforms, changes or extra funding might materialise, frustration in the sector is building.

The Education Secretary, Gavin Williamson, has promised to “take stock” of the system and will, no doubt, be looking closely at a number of other recent reports and reviews, not only from PAC but also the Education Select Committee, the Local Government and Social Care Ombudsman and the National Audit Office:

OFSTED and the CQC carry out inspections to assess how well local authorities, health commissioners and other providers are identifying and meeting the needs of children and young people with SEND. The five-year inspection cycle started in 2016 and two thirds of the inspections have been completed.

Half of the areas inspected have been required to submit a written statement of action to the Chief Inspector Amanda Spielman, an indication of significant weaknesses in overall SEND arrangements. Key criticisms have included that joint commissioning is weak and that area leaders lack understanding of the needs and lived experience of children, young people with SEND and their families.

So what can Government do when there is already strong evidence of a system that is malfunctioning and under major financial strain? Rising costs and wider school funding restrictions have put huge pressure on the high needs funding system. Local authorities’ ability to sustain the system with funding from elsewhere is dwindling.

Extra funding alone may not be enough. The reports suggest the problems are more systemic, with support for children and young people with SEND disjointed, inconsistent and hard to obtain.

The most recent report from the Public Accounts Committee has stated clearly the areas that the DfE’s review should include, therefore the next move from the DfE has to be to address these points, which include:

Mr Williamson has promised to “make sure all families get the support they need so every child, young person and their parents feel extremely positive about their future”. Currently, that ambition is looking hard to achieve, when according to some reports by 2021 there will be 2,500 too few places in special schools to meet demand. 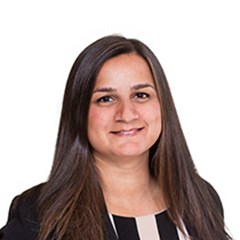 I specialise in commercial projects and contractual matters with...