The CMA’s decision relates to Compare the Market’s inclusion of wide ‘most favoured nation’ (MFN) clauses in its contracts with providers of home insurance who wished to sell through its platform. Commonly used in international trade agreements, MFN clauses place the supplier under an obligation to give the customer as favourable a price as the supplier grants to any other customer of the same (or similar) products and services.

However, Compare the Market’s MFN clauses arguably went one step further and prohibited those insurers bound by the contracts from offering lower prices on other price comparison websites. In addition, Compare the Market closely monitored and regularly enforced insurers’ MFN obligations – for example, if an insurer wanted to quote a lower price on another site, it had to fund an equivalent price reduction on Compare the Market.

Section 2(1) of the Competition Act 1998 prohibits “agreements […] which may affect trade within the United Kingdom and have as their object or effect the prevention, restriction or distortion of competition within the United Kingdom” (save for those made in a set of limited circumstances), and Article 101 of the Treaty on the Functioning of the European Union (TFEU) contains an almost identical prohibition in relation to trade between Member States and competition within the internal market. Wide and restrictive MFN clauses (like those used by Compare the Market) can therefore give rise to significant competition law issues.

The breach was considered all the more serious owing to Compare the Market’s existing market position; comparethemarket.com holds over 50% of the price comparison website market[1], and has been the largest price comparison site for home insurance for several years. Accordingly, the CMA issued a financial penalty for the infringements to the value of £17,910,062.

The CMA also warned that Compare the Market’s practice is likely to have resulted in a number of consumers paying a higher insurance premium, and BGL may therefore be liable to damages actions brought by individual consumers (so-called “follow on actions”). It remains to be seen whether such actions will be commenced.

MFN clauses have been the subject of CMA investigations and recommendations before – notably, the investigation relating to the online hotel sector between 2010 and 2015 – but this is the first time the CMA has imposed a fine for the inclusion of MFN clauses in contracts. With an increasing number of contracting authorities including MFN clauses in their tender documents, both contracting authorities and suppliers should be aware that contractual arrangements may be subject to increased scrutiny by competition authorities. Falling foul of competition laws can be costly, with the CMA able to impose fines of up to 10% of annual turnover for any business found to be flouting the rules, with potentially significant further liabilities flowing from “follow on” actions should a breach be established.

It should, however, be noted that the decision does not signal the end of MFN clauses. Paragraph 11 of the ‘Summary of the CMA’s Decision’ reminds us that if a party can adduce evidence to show that either (i) the arrangement meets the statutory conditions for exemption or (ii) inclusion of the clauses was objectively necessary, then the clause may not be considered anti-competitive. 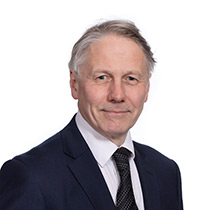 I am a procurement dispute resolution specialist and act for...