Following the decision in Parkwood Leisure Limited v Laing O'Rourke and West Limited [2013], it is widely recognised that a collateral warranty can, but not necessarily will, constitute a construction contract within the meaning of the Housing Grants, Construction and Regeneration Act Construction Act (“the Construction Act”).  In the recent case of Toppan Holdings Limited (“Toppan”) and Abbey Healthcare (Mill Hill) Limited (“Abbey”) v Simply Construct (UK) LLP (“Simply Construct”) [2021], the court helpfully provided further clarification on this point.

A "construction contract" is widely defined in section 104(1) of the Construction Act as being an agreement with a person carrying out “construction operations”, and includes:

If a party is able to establish that they have a construction contract, they have a statutory right to refer any dispute in relation to that contract to adjudication.

Collateral warranties are agreements that are associated with another 'primary' contract. They provide for a duty of care to be extended by one of the contracting parties to a third party who is not party to the original contract, e.g., commonly, a (1) contractor, consultant or subcontractor (warrantor) and (2) a funder or tenant (beneficiary), giving that third party the right to sue the warrantor.

The case concerned the design and construction of a luxury care home located in Mill Hill, London, known as Aarandale Manor.

Toppan is the freehold owner of Aarandale Manor.  Simply Construct was the building contractor engaged under a JCT Design and Build Contract 2011 (with amendments) to build Aarandale Manor in June 2015 for circa £4.7m.  Abbey is the occupational tenant and operator of the care home pursuant to a lease with Toppan dated 21st August 2017.

Practical completion of the Works occurred on 10 October 2016.

In or around August 2018, nearly 2 years after practical completion, Toppan discovered fire-safety defects in Aarandale Manor, in particular a lack of fire- resistant plasterboards and other protection to confer at least 60 minutes' fire resistance in the structural walls. These defects were notified to Simply Construct in January 2019 and an alternative contractor was engaged to carry out the remedial works, which were completed in February 2020.

On 23 September 2020, nearly 4 years after practical completion and after Toppan engaged in pre-action correspondence with Simply Construct, a collateral warranty was executed under the Building Contract by Simply Construct in favour of Abbey (the “Abbey Warranty”).

Adjudications
Separate but parallel adjudications were brought by Toppan and Abbey against Simply Construct to recover the losses incurred as a result of the remedial works. Mr Peter Vinden was appointed as adjudicator for both and published his decisions on 30 April 2021, awarding £1.07m to Toppan and £908,000 to Abbey.

The Warranty was considered more ‘akin to a manufacturer’s product warranty’, rather than as a construction contract.

The importance of this question turns on whether the parties desire the right to adjudicate under a collateral warranty. Employers and the beneficiaries of collateral warranties are likely to favour adjudication; it is quicker and generally more cost-effective than litigation or arbitration.  However, contractors and consultants should exercise caution as in most cases latent defect claims can be brought up to 12 years post-practical completion and given the nature and complexity of such claims, warrantors might prefer litigation or arbitration.

I am a specialist construction lawyer advising clients in both... 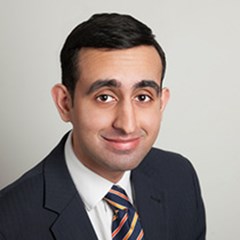