Judgment was delivered yesterday in a further ‘Secondary Victim’ case which helpfully reinforces the stringent legal requirements for recovery of damages for psychiatric injury in a hospital context and illustrates the need for an objective test for what qualifies as a shocking event.

As always, the facts of the case are heart breaking. Mr King and his wife sadly lost their second son Benjamin on 10 May 2016 at only 5 days old after he suffered a devastating hypoxic brain injury following a delay in delivery. After carrying out an investigation the Trust accepted liability for causing Benjamin’s death in 2017, incorporated changes in maternity practice and provided an apology to the family.

The recent case concerned Mr King’s own claim for psychiatric injury. It was agreed by psychologist and psychiatric experts that he suffered a combination of Post-Traumatic Stress Disorder (PTSD), lasting 12 months, and Pathological Grief, initially moderate but on the borderline of clinical significance by the time of the Trial in May 2021. The triggering event was the psychological impact of seeing his critically ill son on his first visit to the Neonatal Intensive Care Unit (NICU) shortly after his son’s birth. It is of note that only the consequences of the PTSD could found a claim for damages, as caused by shock. The Pathological Grief was caused by the circumstances of Benjamin’s death and the knowledge that the death was avoidable. The psychiatric injury was divisible. This was an important point when considering the quantum of damages attributable to the injury. There was a very significant dispute about loss of earnings in the claim as Mr King, an actor, asserted that he was on the verge of a ‘big break’ and sought damages approaching £10 million. The Court found that an award of £150,788.81 (plus interest) would have been made had Mr King established liability.

The crucial factual dispute at the heart of liability was resolved in the Defendant’s favour. Mr King maintained that he first attended NICU before the neonatologists caring for his son had spoken to him about what to expect. The clinicians maintained that this conversation had taken place first. This was also evidenced in retrospective clinical notes. Mr King had been ‘conditioned’ for what he was about to see. Given the trauma of the events of the day it was the Defendant’s case that it was unsurprising that the Claimant’s memory was unreliable.

The Court went on to consider whether what Mr King saw was ‘shocking’ and ‘horrifying’ in the legal sense. Mr King saw his new born baby appearing peacefully asleep in NICU with many tubes and wires attached to monitoring equipment. There was a sense of ‘urgency’ and intense concentration but no panic. He was told by a neonatologist at the cot side that his son was very ill and might die, but that other babies in his condition had made a good recovery. In the ordinary sense of the word this experience was clearly horrifying to Mr King, but the Court decided that it was not an objectively shocking and horrifying event in the Alcock sense.

As such these harrowing events, which did cause the Claimant psychiatric injury, did not meet the strict legal criteria for recovery of damages as a secondary victim. This case follows the established Court of Appeal authority of Ronayne. Helpfully, it also supplies further guidance underlining the fact that to recover damages for psychiatric injury in a hospital context the experience of the Claimant must be truly exceptional and objectively horrifying, a high hurdle to overcome.

If you would like to discuss this case in more detail, please contact Penelope Radcliffe, instructing solicitor in the case. 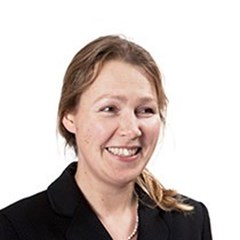 I am a medical law specialist with a particular focus...