Welcome to our third note in a series of four on subsidy control.  In this note we look at the role of the Competition and Markets Authority (CMA) in relation to subsidy control.

When looking at assessing whether a subsidy complies with the subsidy control regime, it is anticipated that, in most cases, self-assessment by public authorities will continue to be normal practice.  The Subsidy Control Bill (the Bill) does, however, establish the CMA as the UK’s independent regulatory body in relation to subsidy control and, with that establishment, sets out situations in which the referral of a subsidy or scheme may or must be made to the CMA.

Within the CMA will be a Subsidy Advice Unit (SAU), which will have a role overseeing the effectiveness of the regime as a whole, as well as being tasked with conducting reviews of subsidies deemed to be ‘Subsidies of Interest’ and ‘Subsidies of Particular interest’.  The Bill establishes these categories of mandatory referral in Part 4, Details of what subsidies fall into which category will be dealt with by secondary legislation.

There is a short timetable for decisions. The CMA must give notice if it has sufficient material to proceed within five working days of a referral and in the case of a voluntary referral if it is going to provide a report, and then has 30 working days to provide a report. This period can be extended by agreement with the referring authority or by the Secretary of State in exceptional circumstances.  We anticipate that there may be delays in some cases in getting sufficient information together for the CMA to start the clock, but once it is started the Authority should get a report within seven weeks of the referral.

Reports by the CMA are not binding and do not prevent the award from going ahead, it will simply point out whether the CMA approves the award or not based on the application of the principles, which are now expanded to seven in number under the Bill.  A report in the public domain, however, which does not approve the award of a grant that subsequently goes ahead, is likely to attract a much higher risk of challenge. Where there is a mandatory referral, the grant cannot proceed until five working days after the publication of the Report, or at the end of the reporting period if the CMA has failed to produce the report It may also be prudent for public authorities to await the outcome of a review on a voluntary referral, prior to going ahead with the award of a grant.

The categories of subsidy or scheme where referrals must be made are to be given the meanings determined by the Secretary of State under separate regulations, which have not yet been made. It is therefore difficult to know at this stage how the rules are going to work, until Government sets out the form that these rules will take, albeit the definitions are likely to centre on the value of the subsidy or scheme and the sectors in which the beneficiaries operate.

There will also be the potential for post-award referrals to the CMA where it is believed that there has been a failure to meet the requirements set out in the Bill.  It is worthy of note that the time period for this is short, (20 working days following the day on which the subsidy is given), provided there is proper and timely reporting to the database, failing which, there is a provision for the time limit for post award referral to be extended to 20 working days following entry on the database.

It should also be noted that clause 64 of the Bill provides a list of exemptions including yet to be defined Streamlined subsidy, minimal financial assistance (up to £315,000), or de minimis grants up to £750,000 to services of public economic interest. Subsidies made under a Subsidy scheme are also exempt from the referral regime. 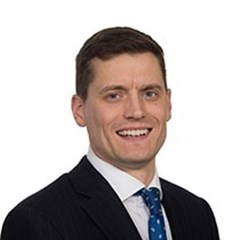 I am the head of our Corporate Team and represent...

Part four in our four-part series

The new subsidy control regime: new rules on competition and...

Part two in our four-part series

Part one in our four-part series