Forced marriage is not the same as an arranged marriage. In an arranged marriage, both spouses can choose whether or not to accept the arrangement. In forced marriage at least one party does not consent to the marriage and some element of duress: physical; emotional; psychological; sexual or financial is involved. Forced marriage is recognised in the UK as a form of violence against women; domestic/child abuse and a serious abuse of human rights. Most cases involve young women and girls aged between 13 and 30 years although about 15% of cases involve young males.

There have been reports of children and young people with mental and physical disabilities being forced to marry. Children and some young people with disabilities do not have the capacity to consent to the marriage. Some may be unable to consent to consummate the marriage – sexual intercourse without consent is rape. Compelling, inciting or facilitating a person with impaired capacity for choice to engage in sexual activity without consent is also an offence under the
Sexual Offences Act 2003.

Healthcare professionals may find themselves in a position where they are the first people to be told by a victim of forced marriage, or potential forced marriage, about the situation they are facing. How this information is handled and dealt with will have repercussions that can affect the rest of the victim’s life. All professionals working with victims of forced marriage need to be aware of the “one chance” rule. That is, they may only have one chance to speak to a potential victim and thus they may only have one chance to save a life. This means that all professionals need to be aware of their responsibilities and obligations when they come across forced marriage cases. If the victim is allowed to walk out of the door without support being offered, that one chance might be wasted.

To ensure the safety of the victim is protected, professionals must be aware of the following key points:

If the family are approached, they may deny that the person is being forced to marry, move them, expedite any travel arrangements and bring forward the forced marriage.

Healthcare professionals should ensure that records are kept separately from the main patient record to ensure confidentiality. The threat of forced marriage or an allegation of forced marriage should not be recorded in “hand-held” notes (notes kept by the patient – e.g. maternity notes), as members of the victim’s family may have access to them.

Cases of forced marriage can involve complex and sensitive issues that should be handled by a child protection or adult protection specialist with expertise in forced marriage. The statutory guidance on forced marriage states that all organisations should have “a lead person with overall responsibility for safeguarding children, protecting vulnerable adults or victims of domestic abuse – the same person should lead on forced marriage”. Although front line staff should contact this specialist as soon as possible, there may be occasions when they will need to gather some information from the person to establish the facts and assist the referral.

The Forced Marriage (Civil Protection) Act 2007 came into force on 25 November 2008. It makes provision for the family courts to make a Forced Marriage Protection Order to prevent a forced marriage from occurring or to offer protective measures when a forced marriage has already taken place. The court’s powers are quite wide and orders may contain prohibitions, restrictions or requirements or such other terms as the court thinks appropriate to stop or change the behaviour or conduct of those who would force the victim into marriage. Examples of the types of orders the court might make are: to prevent a forced marriage from occurring; to stop intimidation and violence; to stop someone from being taken abroad; and to facilitate or enable a person to return to the UK within a given time period.

Under the Act, the following three categories of person can make an application for a Forced Marriage Protection Order:

The Forced Marriage Unit, in conjunction with the Department of Health and other Government Agencies published in June 2009 “The Multi-Agency Practice Guidelines: Handling Cases of Forced Marriage”. This gives further details of involvement of healthcare professionals. It is available from the Foreign and Commonwealth Office

Any healthcare professionals who have concerns about confidentiality or any other issues in relation to forced marriage can contact the Bevan Brittan Healthcare Team and / or Annette Parker, Solicitor on 0370 194 8913 or email annette.parker@bevanbrittan.com 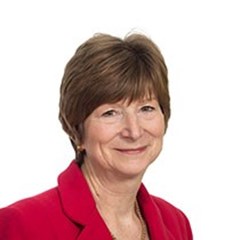 I am a healthcare lawyer within our Clinical Risk department....