The far reaching changes proposed by the Government White Paper ‘Equity and Excellence: Liberating the NHS’ will have major implications for workforce management, particularly given that the reforms will be implemented at the same time as the NHS faces a substantial financial challenge, management cuts and significant service reconfiguration to achieve efficiencies.

The emphasis in the reforms is a greater focus on competition, patient choice, contracting and public reporting of outcomes to achieve better quality care, but what about the workers? Although the publication is short on detail, given that part of the strategy is to cut bureaucracy and improve efficiency the changes that are being proposed clearly contemplate savings in manpower – but precisely how these are to be achieved remains to be seen.

For the moment there are five particular areas of interest to HR teams.

The proposed transfer of commissioning responsibilities to GP consortia and the establishment of a new NHS Commissioning Board will mean that Primary Care Trusts and  SHAs will not continue.  The commissioning functions which they carry out, however, will continue to need to be done which will give rise to the possibility of TUPE transfers.

To the extent that a local commissioning function which is now carried out by an individual or team within in a PCT passes to a GP consortium, then the starting point on TUPE is that the people concerned would transfer with that.  However, complications will arise if the functions do not transfer in that way.  For example, if a PCT currently structures itself by having teams of people looking at specific treatments, such as cancer services or orthopaedic treatment, across its geographical area a number of GP consortia taking over the commissioning function from the PCT will be focused presumably on smaller geographical areas. In such a scenario, this will give rise to the potential argument that the staff currently in the PCT are not ‘assigned’ to the commissioning function which is transferring to a particular consortium.

It would be difficult to lay down any rules of general application here and it is likely that each will have to be reviewed on its own facts.  If there are TUPE transfers then the normal position will be that the GP consortium will inherit those staff on the same terms and conditions by which they were employed by the PCT or SHA and will be responsible for the cost of any redundancy payments which may become necessary.  That could represent a very significant transfer of redundancy liability from the public sector to GPs who are essentially private partnerships.

In addition, a GP consortium will be carrying out public functions and as such subject to the provisions of the current equality laws requiring promotion of equality in terms of gender, race and disability. It will also be covered by the extended provisions of the Equality Act when that comes into force in October.  That will require GPs to ensure that the provisions of the legislation are at the forefront of their minds when dealing with issues such as priorities.

It is clear from the White Paper that there will be a significant increase in the areas in which local authorities and NHS Trusts collaborate.  Again, TUPE will be central to this process from a workforce point of view and the provisions of the Cabinet Office Statement of Practice (if this continues to remain in force) will require Trusts to ensure that proper pension arrangements are available.  Will the present restrictions on the use of secondments in these cases be relaxed to facilitate this?

Additionally, clear structures and robust operational HR practices for managing staff working under joint or collaborative arrangements will be imperative in order to deliver the service whilst achieving improved productivity and the required efficiencies.

The White Paper sets out the intention for all NHS Trusts to become Foundation Trusts by 2013/2014 and speaks of greater employee involvement in the future of the organisations in which they work. It appears that the current “Right to Request” scheme for all PCT staff working in provider arms will be extended where staff will be given the opportunity to transform their organisations into employee-led social enterprises that they themselves control, enabling them to use their front line skills and experience in structuring and delivering services for patients.

With the separation of commissioner and provider arms to continue under Transforming Community Services and be completed by April 2011, thereby potentially seeing the emergence of more social enterprises in the coming months, workforce implications will include TUPE considerations, alternative governance structures to those currently existing, and pension arrangements.

It is proposed that there be a move to greater emphasis on local pay arrangements as well as ‘leading negotiations on new employment contracts’.  Although this will be no doubt be attractive to many Trusts, it is not without its difficulties and it remains to be seen how this will be achieved. The standard principle that contracts of employment cannot be changed without the consent of the employees will continue so that it will not be possible for a Trust simply to impose new contracts or, for that matter, new pay arrangements unless and until the existing structures are dismantled by agreement.  Nonetheless the direction of travel here will no doubt be welcomed by many employers.

An independent review of public pensions has been proposed and there is an intriguing reference in this context to ‘the extent to which pensions may act as a barrier to greater plurality of provision of public services’.  Private sector health care employers have long pointed to the obligations on NHS Trusts to ensure the equivalent pension arrangements in any situation where services are transferred to the private sector or elsewhere within the public sector as one factor which  prevents a level playing field.  This obligation arises not from TUPE but from the Cabinet Office Statement of Practice on Staff Transfers in the Public Sector which is not a legal document but simply persuasive guidance to which Trusts should have regard.

If that were to be withdrawn then the standard position is that TUPE would apply – provisions relating to pensions and old age benefits are an exception to the rule that all rights and liabilities under the contract of employment pass on a TUPE transfer which would mean that private sector providers would no longer have the considerable expense of establishing and maintaining a pension scheme for former NHS employees.  If that were to happen it would no doubt attract very strong opposition from the trade unions who have already indicated their intention to take action to prevent any attempt to adversely affect their members pension entitlement.

These are interesting times indeed for HR teams and a clearer picture will no doubt emerge as the proposals in the White Paper go through the consultative process.  What does seem certain, is that workforce issues will be very much to the fore and we can only encourage HR teams to be fully conversant and ready to deal with the workforce implications that are likely to arise. 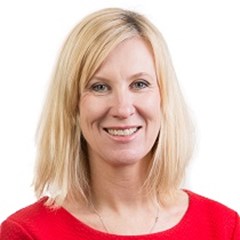