The Western world has an ageing population. In the UK, there are now 1.7 million more people over the age of 65 than 25 years ago and the number of people aged 85 and over has nearly doubled in the same period. By 2034, it is projected that 23% of the population will be over the age of 65. As life expectancy increases, so does the likelihood that many of us will spend more years in ill health especially towards the end of life.

How will an ageing population affect the NHS?

Inevitably an ageing population will put increasing strain on an already over-burdened NHS. The NHS will need to spend increasing amounts of time and resources caring for people with multiple and complex issues, disabilities and long-term conditions and offering palliative care to people at the end of their lives.

How will the NHS meet this challenge?

The obvious answer is to increase the amount of resources provided to the NHS to enable it to deliver the services an ageing population will require. However, according to a recent report by the Health Service Ombudsman, extra resources alone will not help the NHS fulfil its obligations to older patients.

The Ombudsman reviewed ten elderly patients’ accounts of NHS treatment and in all of these accounts, found that each patient suffered unnecessary pain, indignity and distress whilst in the care of the NHS. The report found that a common thread in complaints made to the Ombudsman about the care received by older patients was, “…the dismissive attitude of staff, a disregard for process and procedure and an apparent indifference of NHS staff to deplorable standards of care.”

The Ombudsman also found that these ten accounts were not exceptional or isolated cases. During 2009-2010, the Ombudsman accepted 226 cases from elderly patients for investigation which was more than twice as many as for all other age groups put together.

Mrs J (82) had Alzheimer’s disease and was taken to Accident & Emergency with breathing difficulties accompanied by her husband. On arrival, Mr J was asked to wait in a waiting room. Mrs J became very ill and unresponsive so it was decided not to resuscitate her. She died just after 1am. At 1.40am, the staff realised Mr J was still in the waiting room and informed him of her death. No attempt was made to contact the nursing home or a family member until after she had died so Mr J was not involved in the decision making process not to resuscitate Mrs J.

Mrs R was admitted to hospital with worsening mobility, recurrent falling and confusion. She was diagnosed with dementia. Her health deteriorated, she was given palliative care and died after being in hospital for 13 weeks. During her admission staff did not offer Mrs R a bath or a shower. When Mrs R’s daughters tried to bath her themselves, they were left in a bathroom without support from staff or instructions on how to use the hoist. Mrs R’s hair was unwashed and her scalp became so itchy staff checked her hair for lice. Mrs R was not helped to eat even though she was unable to do it herself. Food and drinks were left out of her reach and she did not receive food or drink unless her family gave it to her.  Mrs R suffered nine falls in hospital but the family were only told about four.

The Ombudsman found that only one of the nine falls was recorded in the records. There was no evidence that Mrs R’s risk of falling was kept under review and there were no care plans or incident forms completed after the falls. No consideration was given to offering Mrs R a bath or shower although she was washed in bed. There was no assessment of her nutritional needs and no evidence that she was offered frequent fluids to prevent dehydration.

Mrs H, aged 88, was deaf and partially sighted. She lived on her own requiring little support but following a fall at home, she was admitted to Hospital with acute confusion. She spent four months in Hospital before a place at a care home could be found. During this time, she had a number of falls (one of which broke her collar bone) and lost 11lbs in weight. During the transfer to the care home, Mrs H was strapped to the stretcher and was agitated and distressed. When she arrived, it was noted that she had numerous injuries, was soaked in urine, was dressed in clothing that did not belong to her (which was held up with large paper clips) had with her several bags of dirty clothing (much of which did not belong to her) and few possessions of her own. Mrs H was bruised, dishevelled and confused and was re-admitted to a local hospital the following day.

The Ombudsman found that the care given to Mrs H fell significantly below the applicable standard in relation to her cultural and linguistic needs, maintaining her comfort and wellbeing and safeguarding her property and clothing. There were serious shortcomings in the communication with Mrs H’s family and a failure to carry out appropriate assessments and develop personalised care plans. There was also poor handover to the care home.

How can the NHS improve its care to the elderly?

According to the Ombudsman, the issues highlighted in the case studies reveal an institutional problem in the NHS which is failing to recognise the humanity and individuality of older patients or respond to the needs of older people with care and compassion. In response to the Ombudsman’s report, the Chief Executive of the NHS has written to all Trusts urging them to learn from the findings of the report and to consider/share its contents with members of their Board.

Is your Trust treating your elderly patients with care and compassion?

Improve communication with patients and other organisations by... 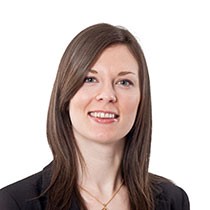 I specialise in clinical negligence and defend NHS Resolution in...