This article considers the case of Alstom Transport v Eurostar International Ltd & Siemens plc  [2011] EWHC 1828 (Ch) that was decided on 13 July 2011, in which the court for the first time considered the availability of the new ‘ineffectiveness’ remedy under Regulation 45J of the Utilities Contracts Regulations 2006.

This is the most recent hearing arising from the decision by Eurostar to award a major contract for new trains to Siemens.  Alstom, the unsuccessful tenderer contested this decision alleging breaches of the Utilities Contracts Regulations 2006 linked to the specification and also the evaluation and scoring of tenders, failure to comply with general EU Treaty principles and breach of an implied tender contract. At a High Court hearing in October 2010 the judge refused Alstom’s application to prevent Eurostar from concluding the contract with Siemens. Eurostar and Siemens entered into the contract in early December 2010.

Alstom has continued to pursue the case and in May 2011 it amended its claim to include an application for a declaration of ineffectiveness of the concluded contract.  This recent decision relates to that application. The judge,  Mr. Justice Mann found that neither of the grounds claimed for ineffectiveness were satisified and so struck out that part of Alstom’s claim.

It is worth noting that this decision relates to an award by a utility entity. For the purposes of this hearing only the Utilities Contracts Regulations 2006, as amended to incorporate the remedies provisions in 2009  (“the Regulations”) were deemed to apply. The rules on the advertising and award of contracts by utilities differ significantly from those applying to the public sector.  However, the provisions relating to remedies and the availability of the ineffectiveness remedy are very similar.

The first ground is that there was an award of a contract without prior publication of a notice in the Official Journal.

The second ground, which Alstom pleaded in the alternative, is made up of four elements each of which must be satisfied:

First ground:  The judge held that the first ground of ineffectiveness was not available. He firstly rejected Alstom’s argument that Eurostar had failed to publish an appropriate notice. He held that the notice publicising the qualification system (a method of procurement available only in the Utilities Regulations) under which the contract was awarded was a relevant notice for the purposes of the first ground. He also rejected an argument that material changes to the contract meant that the original notice did not relate to the contract advertised and so that original notice was irrelevant. He commented in this context that the test of whether or not a notice has been publicised is mechanistic but also went on to say there has to be a notice which is objectively capable of being related to the procedure and the contract. In this case the notice publicising the qualification system satisfied those requirements.

Second ground: The judge also held that the second ground was not available.  He felt it unnecessary to rule on the arguments put forward to support the claim that there was a breach of standstill requirements. This is because on the facts of the case the third element of the second ground was not satisfied.  Alstom was able to, and did, commence proceedings (the subject of an earlier hearing) before the contract was entered into and so had not been deprived of this opportunity.

Limitation period – Informing tenderers that the contract has been concluded

Regulation 45E(2)(a) provides that where a utility informs the unsuccessful tenderers that (1) the contract has been concluded, and (2) provides relevant reasons, then a claim for a declaration of ineffectiveness must be submitted within a 30 day time limit.  This notification is not the same as the contract award decision (standstill) notice which is sent when the contract award decision is made and triggers the standstill period.  The Reg.45E(2)(a) provisions apply after the contract has been concluded and provide a means for reducing the period within which a declaration of ineffectiveness may be claimed.

Alstom sought to argue that Eurostar had failed to satisfy these requirements because the relevant reasons were not all provided in a single written statement. The judge rejected these arguments commenting he could see not reason why the “informing” should be done in writing. He was of the view that the manner of passing the information did not matter, provided that the summary was sufficiently clear. He was therefore able to establish the date when the requirements of Reg.45E(2)(a) were satisfied and so triggered the 30 day limitation period. That date was 4 December 2010 and Alstom had submitted its application for a declaration of ineffectiveness well outside the 30 day period. 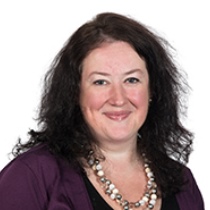