There have been significant changes to safeguarding legislation recently, but it's fair to say that the impact of the changes has probably not yet been felt. However, the deadline for publishing the new arrangements – 29 June 2019 - is now only six months away.

In June 2018, Local Safeguarding Children Boards (“LSCBs”) were abolished by the Children and Social Work Act 2017, which has significantly amended the Children Act 2004; one of the main pieces of legislation on safeguarding children. The changes to legislation have resulted in the replacement of LSCBs with “local safeguarding partners”. The new statutory framework requires the three safeguarding partners (local authorities, police and CCGs): to join forces with relevant agencies, as they consider appropriate, to co-ordinate their safeguarding services; act as a strategic leadership group; and implement local and national learning, including from serious safeguarding incidents.

An updated version of Working Together to Safeguard Children published in July 2018 requires local authorities to begin their transition from LSCBs to local safeguarding partners. There are a number of key points to note:

Deadline by which changes must be made
The requirement for local authorities to begin their transition from LSCBs to safeguarding partners began in June 2018. The arrangements must be published by 29 June 2019 and implemented by 29 September 2019. Once such arrangements have been entered into, LSCBs will have a 'grace' period of up to 12 months to complete and publish outstanding serous case reviews and four months to complete outstanding child death reviews (see Working Together: Transitional Guidance). LSCBs are required to continue to carry out all of their statutory functions until safeguarding partner arrangements are operative within a local area.

Local authorities ought to be gearing up to understand the legislative changes and enter into arrangements with their respective safeguarding partners. Given the extent of legislative change, there is a great deal of work that will need to be undertaken in order to comply fully with the new provisions. 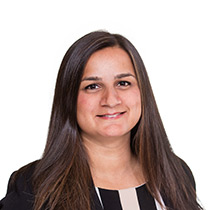