Over the last year, Parliament has been considering The Mental Capacity (Amendment) Bill which seeks to replace the current DoLS scheme with a new framework called the Liberty Protection Safeguards (“LPS”).

The Bill was finally agreed by Parliament on 24 April 2019 and is due to receive Royal Assent shortly. It is expected that the new framework will come into force in Spring 2020.

What has not changed?

It is anticipated that for the first year after coming into force, the DOLS scheme and LPS framework will work in parallel. In practice, this is likely to mean any DOLS authorisations will remain in place until they expire. At the point of expiry, it would be expected that the LPS framework is used for further authorisation. However it currently remains unclear as to how backlog cases (where the application has been made to the supervisory body but not yet approved) will be treated.

What do we know about the Code of Practice?

Come to our Annual Court of Protection and Mental Health Seminar in June when we will be discussing this and other issues in more depth. 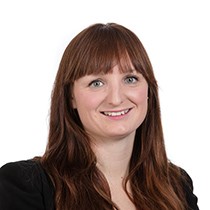