On Saturday 17 August, the Chancellor announced an extra £600 million of government funding to support the delivery of new housing. It is intended to deliver 50,000 new homes in England, and will be available through the Housing Infrastructure Fund (HIF). This is a £5.5 billion grant programme intended to deliver up to 650,000 new homes by funding related infrastructure that will not be provided by the market. It was set up in 2017 when the Chancellor was Secretary of State for Communities and Local Government.

Local authorities who successfully apply for HIF are required to enter into a grant funding agreement with Homes England. A key pre-condition of draw down is demonstrating compliance with the State aid rules, and most of the agreements require the authority to do so by way of a report from “a firm of reputable solicitors with expertise in EU State aid law.”  We’ve prepared reports for a number of authorities, as well as provided wider support, for example, advising on the terms of the grant funding agreements.

The obligation to demonstrate compliance with the State aid rules can be overlooked as one of the many things to be dealt with when planning and delivering a project. However, in our experience of advising for this purpose, it is always preferable to consider State aid as early as possible. The rules are technical, and how they apply will very much depend on the facts of a particular project. It is always worth recalling that their breach can lead to investigation by the European Commission and an order to repay the aid plus interest, and / or a challenge in the UK courts by way of judicial review, which can include a damages claim. The limitation period for a challenge from the European Commission is ten years, and the process can be initiated relatively easily by a complainant or the Commission itself. It should therefore be seen as a genuine rather than a theoretical risk, but one that can be managed with timely advice.

The State aid issues in HIF-funded projects often turn on how it is structured, and in our experience some of the main points to consider are as follows:

Exactly what will the grant be used for?
Although, as you would expect, this will typically be infrastructure, the specific type is important as it will affect precisely which rules apply. Subject to that, there may be scope for the works to fall under the rules that allow funding for public infrastructure, which in broad terms is infrastructure that will not be commercially exploited and is open for public use.

Who will spend the grant?
Some projects involve the local authority transferring the grant to a third party landowner or developer rather than the authority itself commissioning the works. This can create procurement issues around whether these could be subsidised contracts under the Public Contracts Regulations 2015, and aid questions over whether the third party is being relieved of costs that it should normally bear in bringing forward a development.

Could there be any indirect aid?
This can potentially be the case if, for example, an authority commissions infrastructure, such as an access road or roundabout, that is tailored to a particular development and / or serves one site. This can potentially be addressed by requiring the landowner or developer to make a section 106 contribution in line with the authority’s usual policy.

How does State aid fit with any grant recycling obligations on the authority?
Homes England intends the funding to be used to unlock developments that are not commercially viable, but often requires the authority to recover and recycle grant into wider housing delivery. Although separate from the State aid rules, this is closely connected and the two should be considered together to ensure that the grant funding agreement’s terms can be met.

If State aid advice is sought early in a project, it is usually possible to address any aid issues there may be without making any fundamental changes to a project’s structure. Our advice is therefore to consider it as soon as possible as doing so should give more scope for ensuring compliance and so satisfying the funding pre-condition mentioned earlier. If you think we can help you in a HIF project or are interested in discussing anything mentioned, please get in touch with a member of our State aid team. 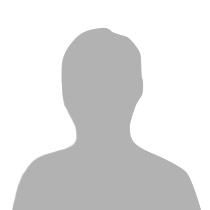